The final round of group matches in the AFC Asian Cup began in Group A where all four teams were in with a chance of qualifying for the last 16.

There were simultaneous matches between India and Bahrain in Sharjah and the clash at Hazza bin Zayed Stadium in Al Ain with 17,809 people taking the chance to see the host nation for the first time in the tournament.

A draw was going to see both teams through to the knockout stages, and the final 1-1 draw suited both teams.

Although they had all but qualified for the knockout stages, coach Alberto Zaccheroni wanted the competition hosts to go through in style with a win.

They struck early with Ali Mabkhout nodding home a simple chance after Ismail Al Hammadi had hit the bar (7’). An equaliser through Adisak Kraisorn (42’) gave a delighted Thailand the result that they were after.

Facing such a scenario the match required an early goal and came in the 7th minute. Al Hamadi found some space in the penalty area and chipped over the advancing Siwarak Tedsungnoen. The ball came off the crossbar allowing Ali Mabkhout an easy header (1-0).

Fifteen minutes later and Thailand could have equalised. Adisak Kraisorn worked into space but his toe poked shot was too close to goalkeeper Khalid Eisa who blocked the ball.

The War Elephants were back in it when they levelled with a scrappy goal three minutes before half-time. UAE’s defence stood still as Chanathip Songkrasin passed the ball through to his captain Teerasil Dangda. The ball fell for Thitipan Puangchan whose back-heeled first attempt was blocked by Khalid Eisa who had no chance with Puangchan’s second effort (1-1).

Thailand almost found themselves behind again moments later when Ali Mabkhout came close to grabbing his second. He cut inside from the left flank and fired a right foot shot narrowly over the bar.

The start of the second half saw Thailand as the more enterprising side. With the game in Sharjah scoreless they would have known that a winner from Bahrain would eliminate them if they were to lose. However, the only time they really threatened was a 51st minute header by Suphan Thongsong from a corner.

As the half wore on they became more cagey but UAE seemed content on the draw too. The hosts had a couple of attempts from free kicks but were creating little in open play and the match petered out.

In the end Bahrain put away a 92nd minute penalty to defeat India 1-0. A result that saw India finish bottom of the group and eliminated having beaten Thailand 4-1 in their opening fixture.

Thailand will now face either China or South Korea in the round of 16 while UAE must wait to see which of the third placed teams will be their opponents and Bahrain to find out which of the group winners they will be up against. 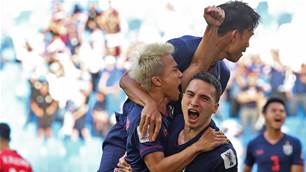 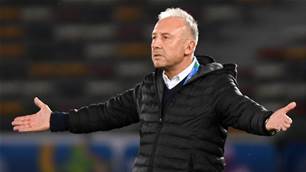 Zaccheroni: I don't know anything about Australia