Brazilian forward Bobo is hoping he can replicate the stellar form of his previous Sydney FC stint when he makes his A-League return against Brisbane Roar.

It has been nearly three years since his last A-League appearance but Brazilian forward Bobo is hoping to repeat his goalscoring heroics when he returns for Sydney FC this Saturday.

The 36-year-old is expected to feature off the bench when the Sky Blues host Brisbane at Netstrata Jubilee Stadium, his first A-League appearance since April 2018.

Back then, extra-time semi-final defeat to Melbourne Victory ended one of the most successful stints by an import in the league's history, with Bobo scoring 42 goals in just 57 appearances for Sydney.

In his absence the club have won back-to-back championships and Bobo believes he has the players around him to give him the opportunity to once again terrorise A-League defences.

"That's a challenge for me," Bobo said when asked if he can reach the heights of his previous time in Australia.

"We know it's not easy to get there but we can try again. We still have good players, have a good team."

Bobo is one of three inclusions to Steve Corica's squad following Sydney's 2-1 win over Wellington on February 8, with matches against Western United and Melbourne City postponed due to Victoria's five-day COVID lockdown.

Chris Zuvela drops out after suffering a season-ending knee injury against the Phoenix, with Patrick Flottmann and Luke Ivanovic promoted.

Brisbane head south having failed to score in their past two matches - a 2-0 loss to Macarthur and a goalless draw against Newcastle.

That tie with the Jets was the first clean sheet recorded by the Roar this season and English defender Macaulay Gillesphey said he was eager to take on a forward with a reputation like Bobo's.

"I've looked at his record and he's got a good record," Gillesphey said.

* Despite his sensational overall A-League scoring record, Bobo only managed one strike in six games against the Roar in his previous stint with Sydney.

* Sydney have lost just once in their past six matches against the Roar, averaging more than two goals a game in that period.

* The Roar are aiming to win three straight matches outside Queensland for the first time since March 2018. 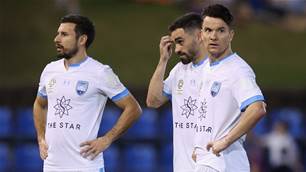 'We have to do a lot better' - Sydney must lift for top two finish: Corica 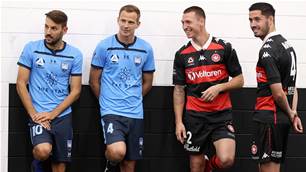