But behind every great footballer is an even greater story, and this tale begins in 1991, five years before Karacic was born, with a 22-year-old Aussie boasting an enormous sense of adventure, called Dennis Gudasic.

Gudasic is now the Executive Director of one of Europe’s fastest growing football clubs, NK Lokomotiva Zagreb.  But in 1991 he had just finished studying in Geelong, had “no real experience” and wanted to leave the cosy surroundings of Western Victoria to go and fight in one of the most horrific wars of the past half-century – the Croatian War of Independence.

“Four friends and I decided to help out in Croatia’s war efforts so we joined the Croatian army.

“For so many years it was part of a communist system. I was a young guy, so were my friends, so we all wanted to be part of this newly evolving country – the birth of Croatia as an independent nation.

“We came to Croatia to contribute as much as we could. At the end of the conflict, my other four friends left and I decided to stay behind.”

More than 20,000 people died over five years in what the Serbian government determines a civil war, but many see as the former Yugoslavian state’s determination to hold onto communist power.

In 1996, Gudasic’s decision to remain in war-torn Zagreb fortuitously coincided with Karacic’s birth. The defender was born into a nation that had seen almost $40 billion worth of infrastructure destroyed and up to 25% of the economy ruined. It was a shell-shocked country that in some ways, still hasn’t fully recovered.

Among the rubble of a rebuilding state were lucrative opportunities for a savvy businessman, but Gudasic’s decision to remain was based on the same patriotic fervour that had encouraged him to abandon his comfortable Australian life in the first place.

“I took a liking to the country and the people – to everything,” Gudasic said. 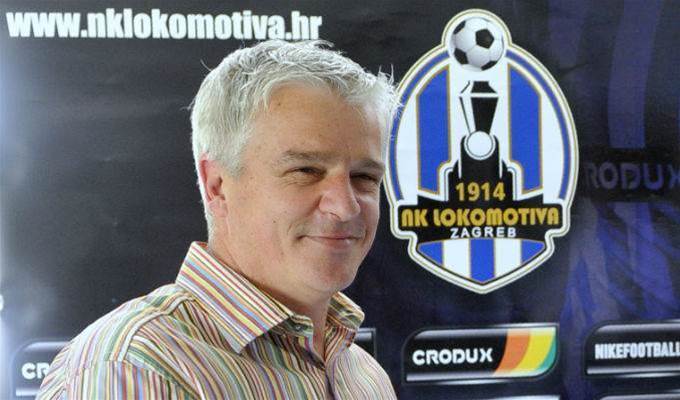 Gudasic has been Director of Lokomotiva since 2011

“I have Croatian roots – my parents and family still live in Australia, but it was an exciting time for many Croatians because they finally had the opportunity to become an independent country.”

The decision to remain would be a pivotal moment in both Gudasic and Karacic’s lives, one that would eventually help birth not only an independent Croatia, but a prototype football club that now stands as a beacon to all fledgling sporting teams across Europe.

“I was an avid football fan and I got to meet a lot of people throughout 20 years involved in various businesses, from banking to car rental,” Gudasic said.

“So I got to meet a lot of people in football and because Lokomotiva was just beginning its process of redevelopment, they wanted to get someone in the club with a business background.

“When the offer came up I didn’t hesitate. I’m very passionate about football so I didn’t think twice. We’re not a big club, we only have six or seven people involved in the administration, so my role involves a lot of things.

“I’m not involved in coaching but I coordinate the activities, the youth academy and all aspects of our operations, from financial and match operations, to general organisational issues.”

Again, Gudasic is slightly reluctant to talk to about his own experiences. He sees his role within the club simply, as “a bit of everything” – someone with a knack for business and a passion for football.

But shrouded within his modesty is a series of phenomenal achievements with Lokomotiva, which directly correspond to his arrival. In truth, Gudasic has been impressive in all walks of life.

Croatian business publication Nacional described Gudasic’s “excellent management” of rent-a-car company Sixt as the driving force behind its rapid two-year rise to become the “leading car rental agency in Croatia and beyond.”

Then in 2011, Gudasic turned his focus to football, taking over as Lokomotiva’s Executive Director. Lokomotiva would have been relegated from Croatia’s first division – the HET Liga – the previous year, had enough clubs from the second division qualified for a first-tier licence.

Saved by Croatian football’s “extremely different” operational model, Lokomotiva rebuilt under Gudasic’s corporate acumen. The entire league was restructuring, with relegation extended to the bottom five sides. But the changes implemented by Gudasic and his staff led the club to seventh in the league. Next season, they finished second.

“I don’t want to evaluate my own contribution, that’s for other people,” he said.

“But we’ve had a really intense period of evolvement since I joined. 12 years ago the club was playing fourth division football, so we’ve evolved from that to a stable first division club in quite a short time span.

“Not only do we have the reputation in Croatia, we’re quite well recognised in Europe as one of the continent’s best-organised player development clubs. Statistically, we’re the youngest team competing in the top 20 competitions in Europe.

“We put the focus on the infrastructure and coaching expertise side of the story – everything goes into our youth academy. Everything was focused on that,” Gudasic continued. His passion begins to shine through as he talks about youth development – his desire to improve Croatia in every aspect is his pride-point.

“Even initially we started getting results because we developed our own players. Our strategy is giving young players a chance in the first division.

“We don’t put pressure on players, we understand they’ll have different levels of performance. We show a lot of patience, it’s what the culture is all about – everyone accepts we don’t have an impetus for a certain place on the table, our main focus is to turn out these players on a yearly basis that can develop at the club. That’s our main strategy.”

The club’s emphatic focus on youth-development was partially inspired by the attention of Croatian giants Dinamo Zagreb, which set up a controversial feeder-relationship with the club. Today, almost 50% of Dinamo’s Croatian players spent time at Lokomotiva.

But now Dinamo’s little brother has outgrown this relationship. Only two months ago, Lokomotiva beat the Croatian giants 3-1 in a toppling of the dynamics that have long pervaded Slavic football.

Lokomotiva now boats more than double the amount of players in the Croatian U/21 team than the next nearest club, Dinamo. 85% of Croatian club revenues come from player transfers, so a youth-focus has allowed the club to flourish while other’s have just survived.

Five of the current 19-strong Croatian U/21 squad – which last included Fran Karacic – now play for Gudasic’s club. But this direction hasn’t just assisted the Croatian national side. 14,000 kilometres away it’s had an inextricable impact on the Socceroos. 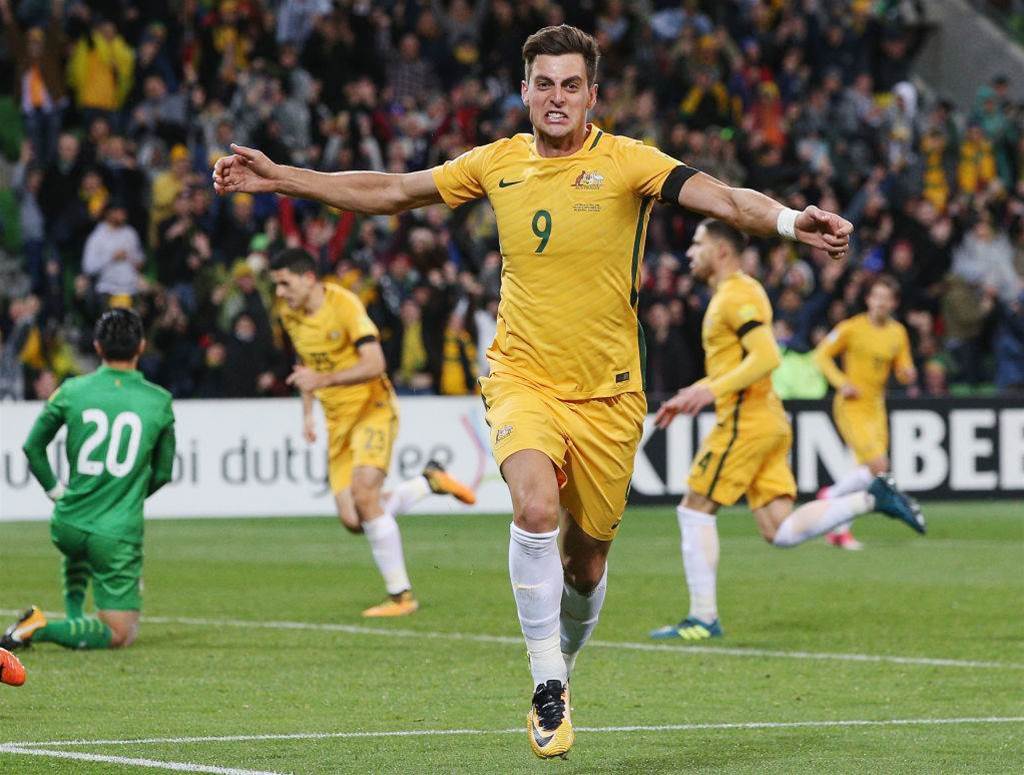 In the first year of Gudasic’s directorship, Tomi Juric joined the side as a 19-year-old, making 14 league appearances and scoring three goals in his first and only season. Juric decided not to stay at Lokomotiva – a decision Gudasic laments - despite the club describing him as “the next Viduka”. But the Aussie influences were not done there.

Perth-born Tomislav Mrcela was next, signing in 2014. A naturally talented but drifting centrehalf, Mrcela almost doubled the amount of appearances he'd made in the previous five years during his two year spell at Lokomotiva. He’s now a regular for K-League club Jeonnam Dragons.

A 19-year-old Karacic would join a year after Mrcela’s arrival and waste no time imposing himself on the league. Within two years he was a regular for the Croatian U/21 national side and had captained his club to consistent Europa League qualification.

“I was here and very supportive of them coming to the club,” Gudasic said.

“Juric was a specific situation because he was very young when he arrived, I think if he had have held out a little longer and there was some more patience on the side of the coaching staff, he could have been more successful here.

“But it’s good to see that he’s developed and become part of the Socceroos squad.”

It would have been a dream story had Karacic made Bert van Marwijk’s final cut - completing one of the most sudden and unlikely rises in Socceroos history - but the 22-year-old’s international future is far from over.

As Gudasic blankly stated, if the Socceroos don’t grab him while they can, he’ll quickly slip out of their grasp.

“I said from day one, it was a decision that had to be made by Fran,” Gudasic said. “Fran’s a regular U/21 Croatian player so that demonstrates that he’s a player with potential.

“When the topic first came up, Fran consulted me and we had open conversations about it, but as time passed Fran’s come to the conclusion that playing for Australia would be a good choice. He’s very happy about being selected. 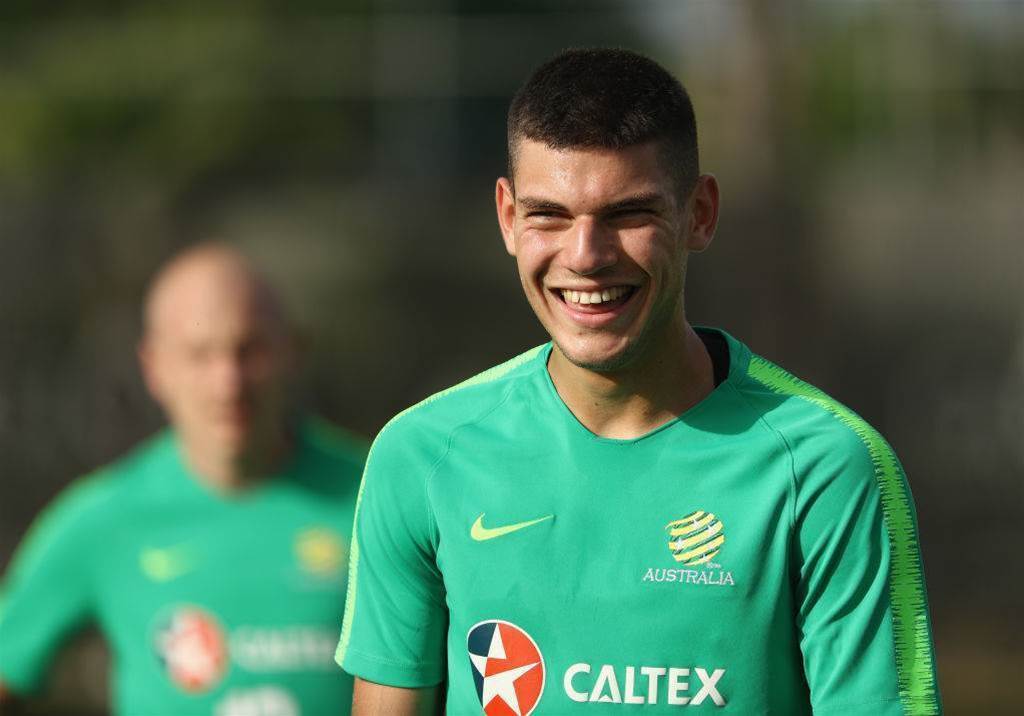 Karacic at the Socceroos training camp in Antalya, Turkey

“He is very excited…he’s so excited,” Gudasic laughed a few days before the final squad was announced.

“Fran himself has been his main asset – his attitude, determination and the way he’s developed. His professionalism is fantastic. He’s had four or five coaches over the past few years and he’s left a strong impression on all of them.

“We’re certain one day he’ll be playing in one of the top divisions in Europe. His level of development has increased year in, year out.

“To play for any national team is something that every professional dreams of, I think Fran is quite confident as far as his career goes that he has a certain path that I’m sure he’s going to reach.

“This was just an additional benefit for him - that he’s reached a level where the Australian national team are interested about him.

"He’s very keen to prove himself and he remains very positive.”