Wrapping up the weekend of A-League football with the top performance, player, goal and the biggest flop.

PERFORMANCE OF THE WEEKEND – SYDNEY FC

It was one of the biggest games of the season for Sydney as they took on one of their biggest challengers this season. Brisbane had drawn five of their last seven games but hadn’t been defeated since round 2.

Brisbane came up against a Sydney side that had scored eight goals in their past two games, only conceding one in the process and they felt the full force of the league leaders.

Despite pushing forward well and putting pressure on the Sydney defence, Brisbane were consistently caught out on the counter-attack. Sydney have become known for their prowess on the counter and they showed they can do it against the best, moving swiftly from their own defence.

Sydney may have been on the back foot early but relieved the pressure just after the half hour mark with a Bobo counter finding the Brisbane defence napping, with Alex Brosque the one to bury the ball in the back of the net.

Bobo would again turn provider just after the hour mark with Milos Ninkovic the scorer this time around. An Alex Brosque red card just minutes later may have had Sydney fans worried but even then Brisbane couldn’t make a breakthrough, failing to challenge Danny Vukovic as they needed.

Sitting ten points ahead at the top of the table and coming up against the Mariners next week, they will look to maintain their lead as their main challenger, Melbourne Victory comes up against last placed Adelaide United.

PLAYER OF THE WEEKEND – TRENT BUHAGIAR

Still just 18 years of age, Buhagiar put in a performance that would have had many people take notice. He only recently finished high school but the player is already asserting himself within the team and has now scored twice in two weeks.

Having only made five starts this season, most of his 13 performances for the Mariners have come from the bench. He certainly made his start count this week however, putting in a solid performance up and down the right wing.

Whilst he wasn’t given much time on the ball, he certainly made his touches count, managing to first score the levelling goal with Melbourne City and then turning provider for Roy O’Donovan in the final few minutes to give the Mariner’s the lead against one of the biggest clubs in the competition.

His effort on the first goal was impressive, beating Dean Bouzanis at his near post with a shot the keeper could do little about. His assist was equally impressive though, squaring the ball to a player in a better position than him when he could have easily taken on the goal. He showed maturity beyond his years and made the limited chances the Mariners got, count.

Next week, the Mariners will host Sydney FC at home, in a clash that will be the ultimate test for Buhagiar, coming up against the tightest defence in the A-League. He will surely get a start after two goals in two appearances and the Mariners will be filled with confidence after almost getting the win over Melbourne City. 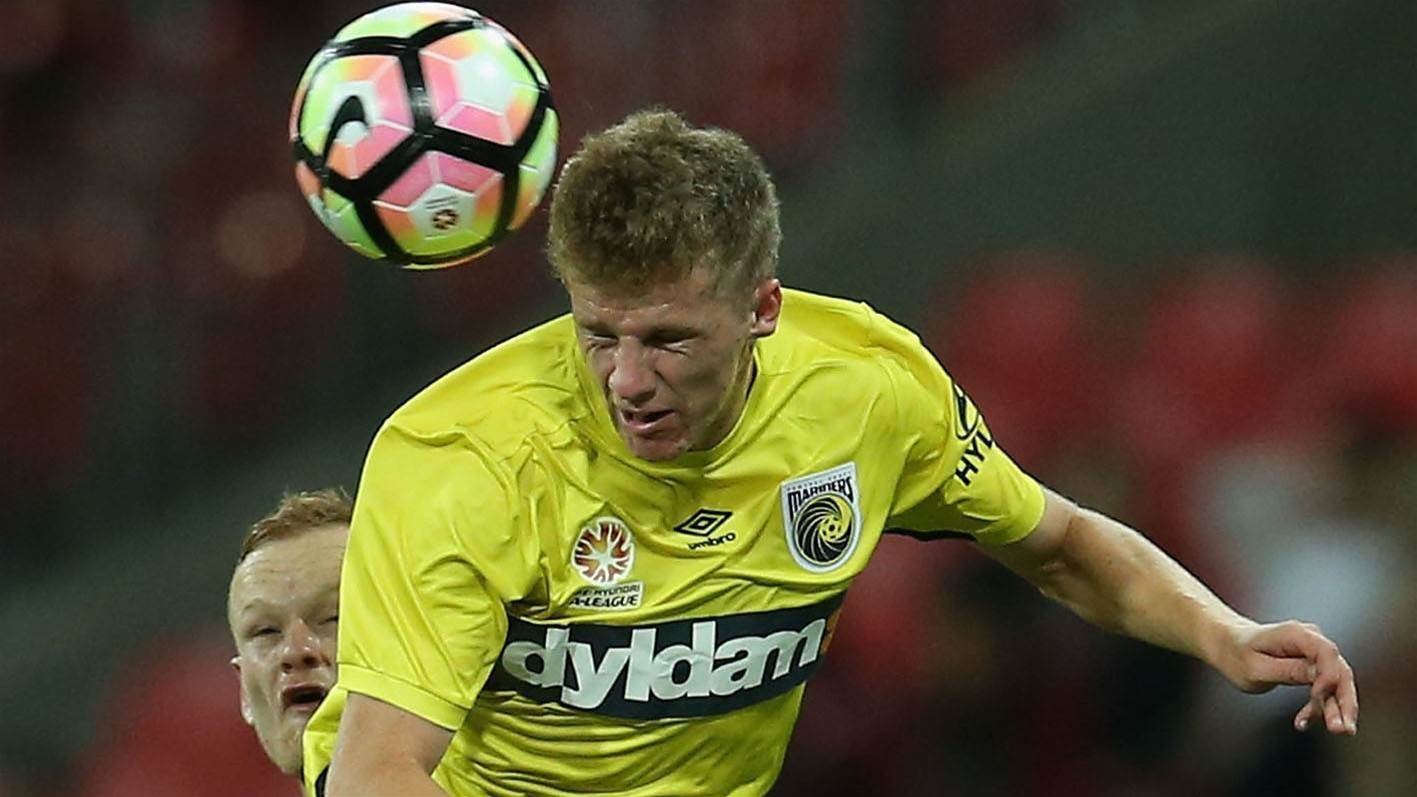 GOAL OF THE WEEKEND – TRENT BUHAGIAR

If theres a player that surprised us this weekend, it was Trent Buhagiar. He’s certainly shown talent but nothing quite like what he showed us this weekend. His goal was not only amazing, but it was crucial in giving the Mariners the lift in spirit that saw them almost win the game.

Finding space and timing his run perfectly, Buhagiar received the ball with space and no one in front of him. Regardless if it was a poor touch or just a well left ball, he found himself with the ball just to his left. He stuck out his left boot and struck it perfectly, sending it screaming into the near post’s top corner, leaving Dean Bouzanis completely stunned.

It was the second time in two weeks that the player was able to score and he doesn’t look like stopping. This was not a chance he only had to tap into the back of the net, it was a well worked, perfectly struck shot.

He had only one shot all game but he made it count.

Buhagiar will be lucky if he can produce a similar effort next week at home to Sydney but with technique like the one he showed to bury this effort, he has every chance.

FLOP OF THE WEEKEND – MELBOURNE CITY

When you have three shots on target against the worst defence in the A-League, its saying something. Melbourne City came into this game with a poor attitude and it showed in the way they played.

Despite the Mariners being forced to change their defensive structure early on due to a Jacques Faty injury, Melbourne City couldn’t make their experience pay until the 40th minute when a Tim Cahill header broke the deadlock.

Their attacking style of football couldn’t get anything past the Mariners for most of the second half and they conceded twice within eight minutes as the game reached its end. They only found their way back into the game through a penalty and could have easily lost the match were it not for a Scott Galloway brain-fade. 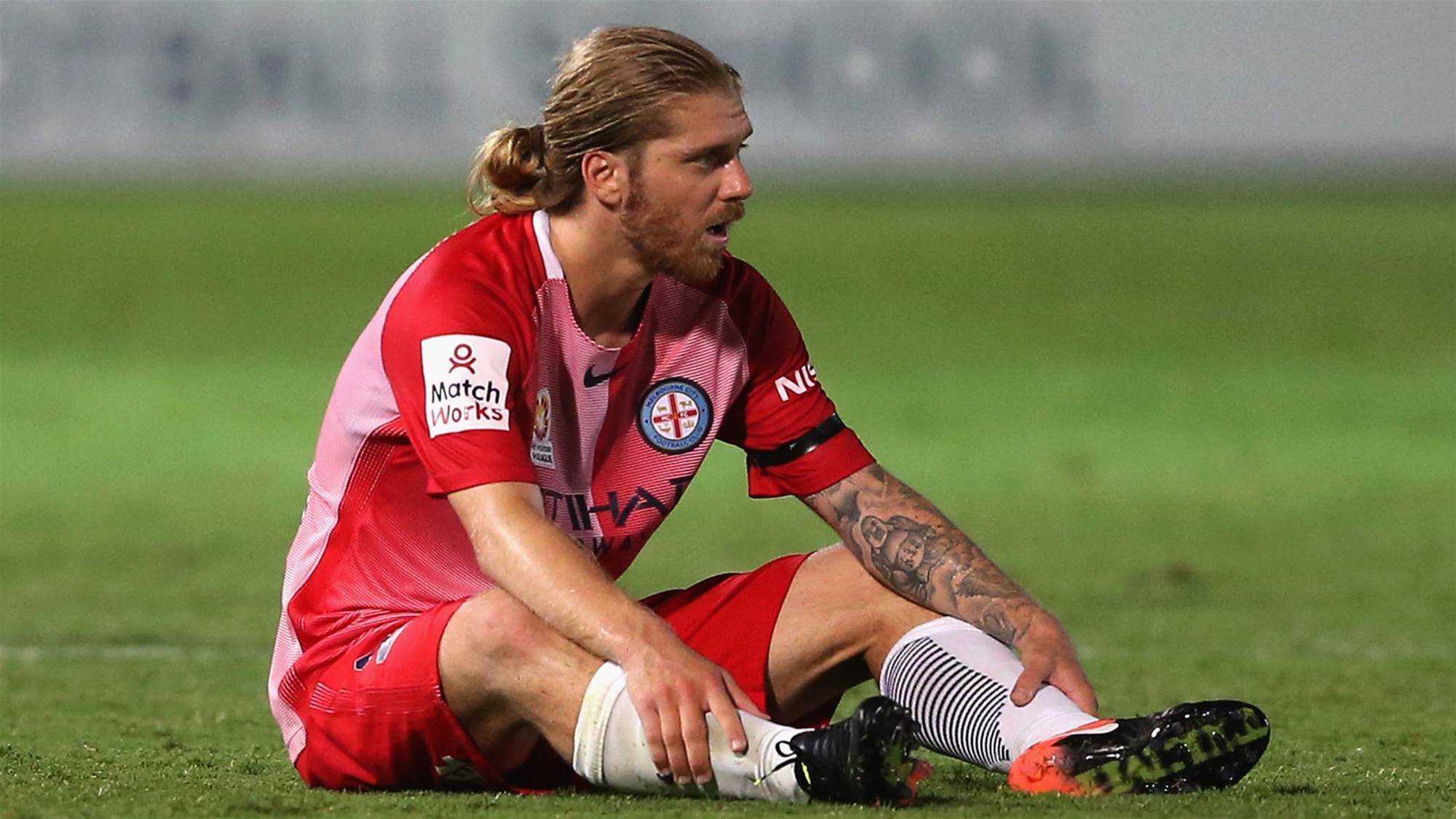 With such poor accuracy in front of goal against the Mariners, City may be made to pay the price next week against the Wanderers. Despite being at home, the Wanderers will be keen to break their flurry of draws and may see a vulnerable City as the perfect opportunity.

Many Newcastle fans will feel hardly done by with the opening goal for Melbourne Victory coming off an incorrect call. Whilst the referee determined that Johnny Koutroumbis had handballed the ball inside the box, replays showed the ball clearly hitting the players chest.

The referee awarded a penalty that was consequently converted by Besart Berisha despite the protests of many Newcastle players.

Whilst the goal may not have mattered too much in the end, it set the tone early and a clearly deflated Jets side were caught out again just a few minutes later.