The Perth-raised former Glory junior has, at just 18, already made four senior appearances for Serie B Parma this season, and was courted by interim boss Trevor Morgan to join an Olyroos camp in Holland before debuting for Italy in a 5-0 win over Norway.

The son of ex-Italian pro Gianfranco Circati, the sharp-tackling stopper can still revert back to Australia as his career unfolds.

But for now, surrounded by hordes of relatives in the country of his birth, he’s revelling in la dolce vita.

“It was a difficult decision picking between Italy and Australia,” Circati told FTBL.

“It took a lot of thinking about. It wasn’t just made in a day.

"At the time I picked what was best for me and my development. That’s what seemed most important.

"I spoke with Trevor Morgan a few times and was invited to the camp in Holland. But I decided that Italy was a big opportunity for me and a better option.”

Asked whether his heart belonged to either nation, Circati replied: “I feel like I’m both. It’s a question I can’t really answer.

“It’s tricky - it’s like picking who’s your favourite: you’re mum or your dad. Anybody able to play the two nations, it’s a very difficult decision. It’s a good dilemma to have.

“You never know what can happen in the future and whatever opportunity arises I’ll do my best to make sure it’s the correct decision (moving forward into senior level football).”

Circati lined up as against Norway alongside Aussie compatriot Cristian Volpato - the Roma prodigy who faced a similar conundrum.

The pair were roommates, having previously become acquainted playing against each other in the U-18's competition.

“He’s a good young player with lots of potential and it’s all in his hands what he makes of his career," Circati said of Volpato. "We were the two English speakers, so it was ideal to put us together. We’re good mates.”

Circati paraded his potential in an impressive debut for Parma - once home to former Socceroos Vince Grella and Mark Bresciano - in the 4-0 win over Spal last month, playing in front of legendary gloveman Gianluigi Buffon.

🇮🇹Alessandro Circati came on in the 25th minute for Parma and bagged an assist in their 3-1 win against Cosenza! pic.twitter.com/jzPSlWb9HA

Quick-thinking, Slick in possession and imperious in the air, he has been an almost ever present with Giuseppe Iachini’s first team squad since his arrival.

He might easily have joined Leicester City or Reading after initial trials in England but work visa hopes were scuppered by Brexit.

“I’ve probably been a bit surprised to find myself where I am now compared to the start of the season,” he added.

“There’s always improvement to be made of course - but it was my dream and goal to break through straight away.

“I was lucky enough to win the trust of the coaching staff to get that debut.mThe fans are great, especially with me being the youngest they’re always pumping me up.

“And, other than My parents and my brother, all my family is over here, grandparents, uncles, aunts and cousins.”

Parma have overcome bankruptcy with new American owner Kyle Krause promising to return the cub to their natural Serie A habitat.

“There have been a couple of bumpy years but there is a great future for this club, and it’s only right it’s brought back to where it was," added Circati.

“I remember them when Gianfranco Zola was there and obviously the period when Grella and Bresciano were at the club - both of them are often still spoken about."

Having signed his first pro contract in January - two and a half years with an option for two more - Circati is clearly viewed as part off that future by the Parma hierarchy.

“I’d say I’m a modern day defender who is good on the ball and can also tackle,” he said. "My dad has been a big influence and is the reason I am the player I am today.

“He taught me so much growing up and it was always my dream to play professionally.” 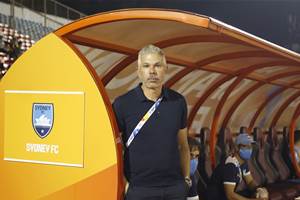