Connor Pain is enjoying life in Gosford and insists there has been a culture change at Central Coast Mariners.

Pain, 24, arrived at Mariners in 2016 after a lack of game time with Melbourne Victory.

He now admits he has to work harder as new coach Mike Mulvey has made sure there will be no passengers at the club.

“There’s a lot more uncertainty from a personal perspective going into every week,” Pain told FTBL.

“You’ve got multiple people from multiple positions and that provides more of a winning culture where you can’t rest on laurels one week. You have to work hard all week and hopefully you’re in the line-up again, so I think it’s great that there’s that competition for spots now.

“We had a good team last season, it just didn’t go to plan the way we would’ve liked for whatever reason.

“At the beginning of this season, Ross McCormack and Tommy Oar have provided more firepower up front, then we have guys like Jordan Murray stepping up from the NPL.

“There are a lot of us boys who have been there for a couple of years as well. The depth is a lot stronger and it’s exciting to be a part of.”

Pain spent three years with Victory, playing 53 games. He now has 49 appearances under his belt with Central Coast.

The 24-year-old said he was grateful for the opportunity the Big V gave him, but has not looked back since he left. 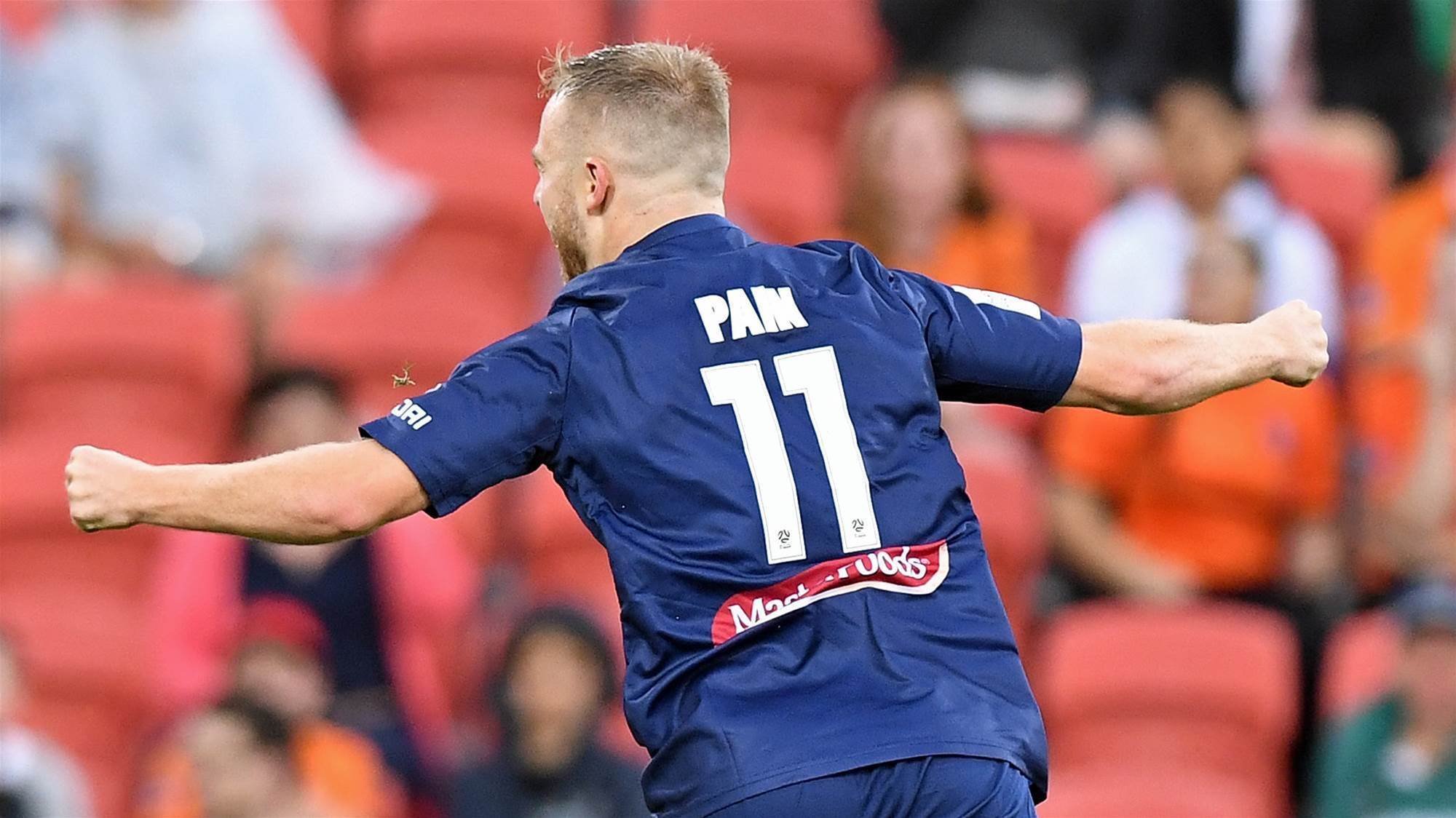 Pain scores for Central Coast in Round 1 against Brisbane Roar

Pain supported Victory as a teenager and was even in the active area as a fan.

“It was the change I needed and I wasn’t playing as much as I would’ve liked,” Pain admitted.

“At that point, as a young one coming through with the team they had, it was difficult to cement a spot and the opportunity came to come up here and I haven’t looked back since.

“Game time was the main reason why I came to Central Coast and we’ve managed to tick that box in the last couple of seasons playing a lot of football. It’s now about wanting to win things again and climbing that ladder.

“Winning is now more the emphasis than playing, so it’s exciting to be at an age where I’m comfortable with my career and we really want to push on do well.”

Michael McGlinchey is back for his second stint at the club and was part of the squad which lifted the trophy in 2013.

Captain Matt Simon is back for his third spell with Central Coast and Pain said Mulvey’s decision to bring those players back was a good one.

Pain also added he had matured over the years and still recalls his Mariners debut in which they famously lost to Green Gully in the FFA Cup Round of 32 in 2016.

“The league has developed a lot since the club’s heyday and you’ve got big players around the league, so it’s quite hard to compete with,” he said.

“The Mariners managed to get big players a few years ago and I think that’s one of the reasons why Mike brought in a few boys from that era like Matt Simon and Michael McGlinchey. They know what it takes to win against all odds and when nobody gives you a chance.

“In the years that have gone by, the inexperience of the squad probably showed. I remember the first season I came to the Mariners. I was 22 and I was one of the older ones and that’s not necessarily a bad thing, but we’ve picked up some good experienced players now.

“I’m about to turn 25 and in the first game, I was the second youngest player in the line-up. It’s a big change and a lot of my teammates have played a lot of games professionally and know a lot about winning. I think that’s where we’ve picked up well is we’ve got boys with age and experience.”