Valkanis has been assistant coach of the Greek national team for the past 14 months, after joining John van't Schip's staff.

The 46-year-old had coaching roles with Adelaide United and Melboune City in the A-League, before joining the Dutchman at PEC Zwolle and now with the Ethniki.

The pair took over Greece with the mandate of changing the team's style to be based around attacking, instead of defensive, football.

"It's been an amazing experience," Valkanis told the We Told You So! podcast.

"I love it, I love coaching. I love being in the team environment and helping a team improve and especially creating an identity. That was one of the reasons why John and I liked the challenge of taking over Greece.

"Me and John work well together. He really respects his assistants and everyone who works around him. I really enjoy working with him."

Since the duo was appointed Greece have suffered just one loss from seven games, with four wins and two draws.

Currently the European country is in second spot in Group C3, in the Nations League's League 3. Slovenia is top of the four-team group with 10 points, while Greece is second with eight points after two victories and two draws.

Most recently the Ethniki drew 0-0 with Kosovo and beat Moldova 2-0.

"Unfortunately for us we wanted two wins, and we had a win or a draw. But in saying that, even if we did win against Kosovo, who are a really strong side, we still would have had to win our last two games in the next camp.

"So nothing really changes for us. We’ve got a camp coming up in November and two big games we have to win."

Greece next face Modova on November 15 and Slovenia on November 18. If they finish top of their group, they will be promoted into League B and have an easier qualifying path for Qatar 2022.

"If we can finish on top spot, obviously we’re going to go into a different pot in terms of qualifying games for the World Cup, which would be better for us," Valkanis said.

"The revenue is much greater when you’re in a better group. It’s very important." 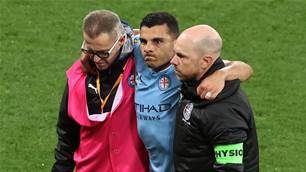 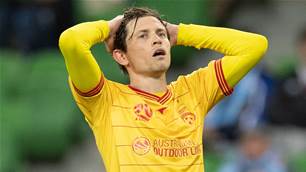