Melbourne City are in red-hot form but both Alen Stajcic and Patrick Kisnorbo say the ladder-leading Mariners are the A-League's benchmark.

A-League leaders Central Coast have become the latest victim of Melbourne City's red-hot run of form but Mariners coach Alen Stajcic says his side are still the competition's benchmark.

The Mariners remain top of the league on 25 points but have Adelaide (22 points), Western Sydney (22) and City (21) in hot pursuit.

City have won five games on the bounce, with four consecutive clean sheets, including a 2-0 win over the Mariners on Monday night.

"They're not on top. We are. So we're the benchmark," he said after the match.

"But the table's there for a reason - that's how we rank our performance and at the moment we're still the best team in the competition, and rightfully so."

Despite the loss to City, Stajcic said he still felt his team could go toe-to-toe with anyone in the league.

The Mariners beat City in their previous encounter while they have also accounted for Macarthur FC twice and Sydney FC once.

"I'm not scared of anyone to be honest," Stajcic said.

"(City) are a good team - they're probably the form team in the competition.

"But in that second half we probably constructed more chances and more opportunities and controlled more of the game than they did."

City counterpart Patrick Kisnorbo stressed his team still had a long way to go before they could be considered the league's best.

"They're on top of the league, aren't they? So they're clearly the benchmark, not us," Kisnorbo said.

"We're a team that's playing some good football but a team that's lower than the Central Coast - so we need to get to where they are." 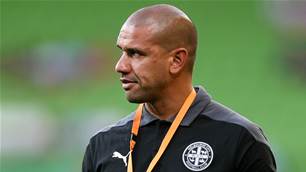 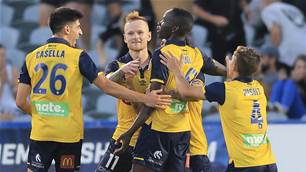