The Central Coast Mariners can be a template for other non-capital city clubs to join the A-League, says coach Alen Stajcic.

Central Coast Mariners coach Alen Stajcic has called for more regional clubs in the A-League after his young side continued to defy expectations and remain top of the standings with a win over Melbourne City.

The Mariners displayed their new-found resilience to come from 2-0 down after 30 minutes and record a 3-2 victory over the ambitious City on Wednesday in Gosford.

It follows a win over champions Sydney FC a fortnight ago and leaves the Mariners - wooden spooners in each of the past three seasons - three points clear at the top after six rounds.

It was an emotional evening for the Mariners with Gosford-local Matt Simon celebrating his 200th outing for the club and netting the equaliser from the penalty spot.

Stajcic says the Mariners, the only professional club in the region, have helped the game prosper locally.

"The A-League needs regional clubs, we need expansion, we need more clubs that are going to touch communities like the Central Coast, like Newcastle," he said.

"The more communities that are touched by the A-League and football can have a presence there, the more our sport is going to grow.

"Regional clubs are the lifeblood of the A-League. We can only have so many clubs in capital cities and for us to grow and prosper as a sport we need to reach as many people across Australia as we can.

"We are an important club in the A-League. No one listened when we were on the bottom and all of a sudden we (now) have a voice."

With four wins from their first six outings, the Mariners remain on track for their stated goal of Asian Champions League qualification.

"We are in a good vein of form and you can see the confidence growing around the group. We are growing and evolving every day.

"But ultimately we are only six rounds in and they don't give out trophies after six rounds."

Central Coast will have an opportunity to extend their winning form against Western United at home on Sunday.

"We went in (against Melbourne City) trying to apply as much pressure on them as we could and just back ourselves, and an almost nothing to lose attitude," Stajcic said.

"This confidence and belief is something we will be looking to take throughout the whole year." 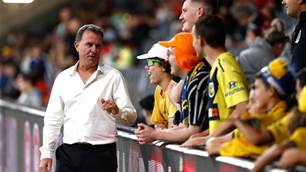 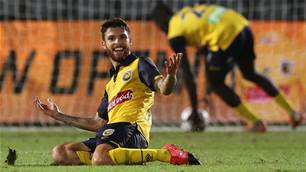 'It's been unbelievable' - A-League's been best in years says Stajcic