He is similarly woven into the Sky Blues’ fabric, choosing the slow, steady route; gradually progressing through the ranks at Sydney over eight years in youth, assistant and caretaker coaching roles before seizing the ultimate opportunity.

Now, with an A-League Championship in his debut campaign and a groundbreaking 6-1 thumping of the old enemy, he’s endearing himself to his club’s fans in a way similar to Muscat. 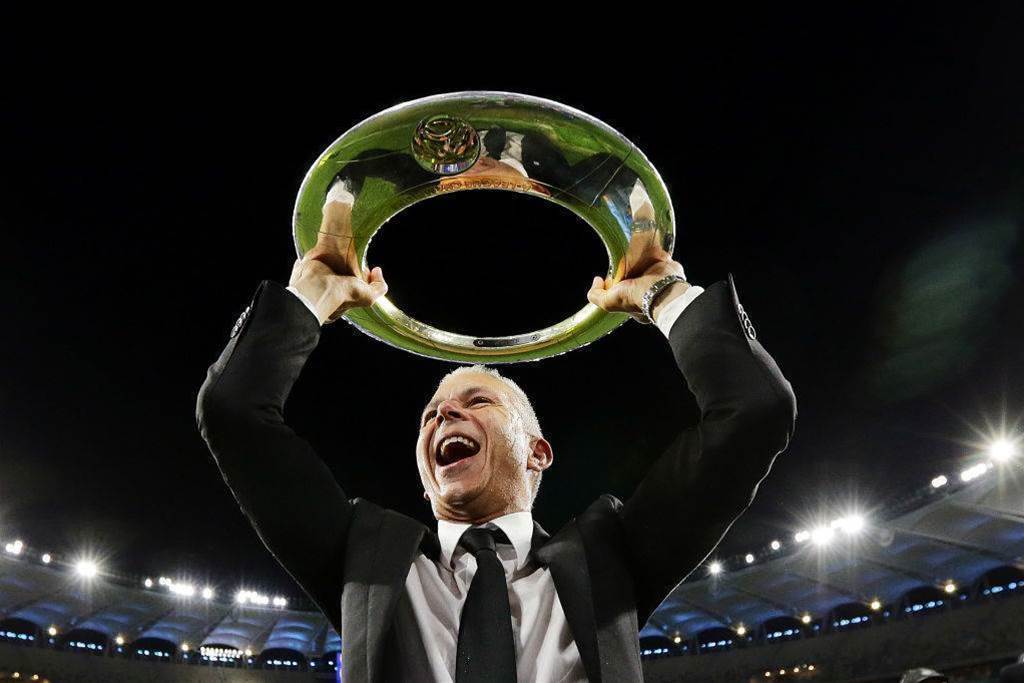 If there is one thing the A-League learned over the past two campaigns, it’s that the big-two’s dominance is largely infallible. The A-League is a tale of two cities, but so far, Melbourne has always had the upper hand.

As one legend fades, another is born. The rise of a club icon at Sydney could prove the turning point in not just the Harbour City’s history, but the league’s as a whole.

All you other A-League clubs better be paying attention… If ever there was a leader and a legend at Melbourne Victory, it was Kevin Muscat in his 14 years with the club since the very start of the A-League as both a player and a coach. As he finally leaves the club this week, look back on his years of being in form, in charge and in your face.
Previous Page
1 2 3 Single page