Stajcic, 45, was sacked just months out from the start of the 2019 Women's World Cup in France after almost five years in the role and overseeing the Matildas rise to be ranked fourth in the world last year.

The axe fell after surveys by Professional Footballers Australia and One Watch found issues needing to be addressed within the team structure – but specifically neither of them recommended anyone should be sacked over their findings.

The PFA had sanctioned a planned workshop Stajcic had arranged with players and coaching staff to address the issues as the most appropriate way to deal with any problems.

But despite that, elements within the FFA chose to escalate the issue rapidly, forcing an emergency FFA board meeting conference call before Stajcic's dramatic exit the following day.

Questions have been raised about the validity of the surveys, who filled them in and who didn't, the answers given, and the follow up investigations conducted. There have also been concerns over the way information was leaked about Stajcic's exit before he was even interviewed by FFA executives, and the subsequent conduct of board members and selective leaks and allegations made.

Speculation continues to grow about the role key FFA executives have played in the recent oversight of the Matildas and the subsequent move against Stajcic and its eyewaterinw swiftness.

Since the row exploded – dominating headlines while the Socceroos were defending their Asian Cup crown in the UAE and infuriating FFA's commercial partners – deputy chair Heather Reid has stood down for personal health reasons just two months after she was elected.

Three other members of the Matildas coaching staff have also resigned in disgust over Stajcic's dismissal, but Stajcic himself has not yet been replaced, despite the WWC now being just four months' away and CEO David Gallop initially insisting the coach would be replaced within days.

Stajcic himself is unable to discuss the case under the terms of his contract termination, but people close to the family say he is still baffled by the decision, while his wife Brenda is said to be distraught.

Many of the Matildas have spoken out in support of their former coach, while others have demanded his reinstatement. More have also been infuriated that their comments in the survey have been taken out of context and used against him.

The PR nightmare reached new levels of farce over the weekend when the original PFA survey was discovered online and fans began videoing themselves filling in their own results. It was later shutdown after the URL was published on Twitter.

Now veteran Australian football executive Stefan Kamasz has demanded answers from the newly-elected FFA board over how the debacle has unfolded.

"The recent sacking has raised the ire of many football fans, female players and ex-players, including former and current Matildas," Kamasz said.

"The board has yet to provide clear, transparent reasons why. Although it seems impossible Stajcic will be reinstated, the football public is demanding answers.

"The promised transparency has not been forthcoming and has served to generate different theories on why he was dismissed."

He added: "I and many other football followers are demanding answers."

Kamasz has now assembled a list of the key questions the board must now ask at today's board meeting - and then answer them clearly to the public.

According to Kamasz, a former general manager of the National Soccer League, Sydney FC general manager and interim chief executive with Football NSW, the FFA board needs to address key questions including:

• If there is indeed a supposed toxic culture involving other members of staff, why have there not been any other sackings?

• Has the Board seen the complete PFA Report including the number of participants and their status (eg current Matildas’, others, etc.)?

• Does the Board know exactly which players were targeted, the criteria for involvement and if they were the only people who were approached and responded?

• It has been suggested in the media that 32 players were approached.  Is this correct? Were they all “eligible” to participate and did they all respond?

• Is the Board absolutely satisfied that the respondents were exactly who they were supposed to be?

• Was anyone outside the targeted Matildas’ group in the survey approached to participate, and if so, why?

• Can the Board be satisfied that the Report correctly reflects the responses provided?

• Was Alen Stajcic provided with a copy of the Report and was his input sought?

• The PFA has indicated that there was nothing in the Report to warrant a sacking.  Is this correct?

• If this was not the case, why was the survey referenced publicly in Alen Stajic’s sacking?

• Was the Report actually a factor in the recommendation that Alen Stajcic be sacked? 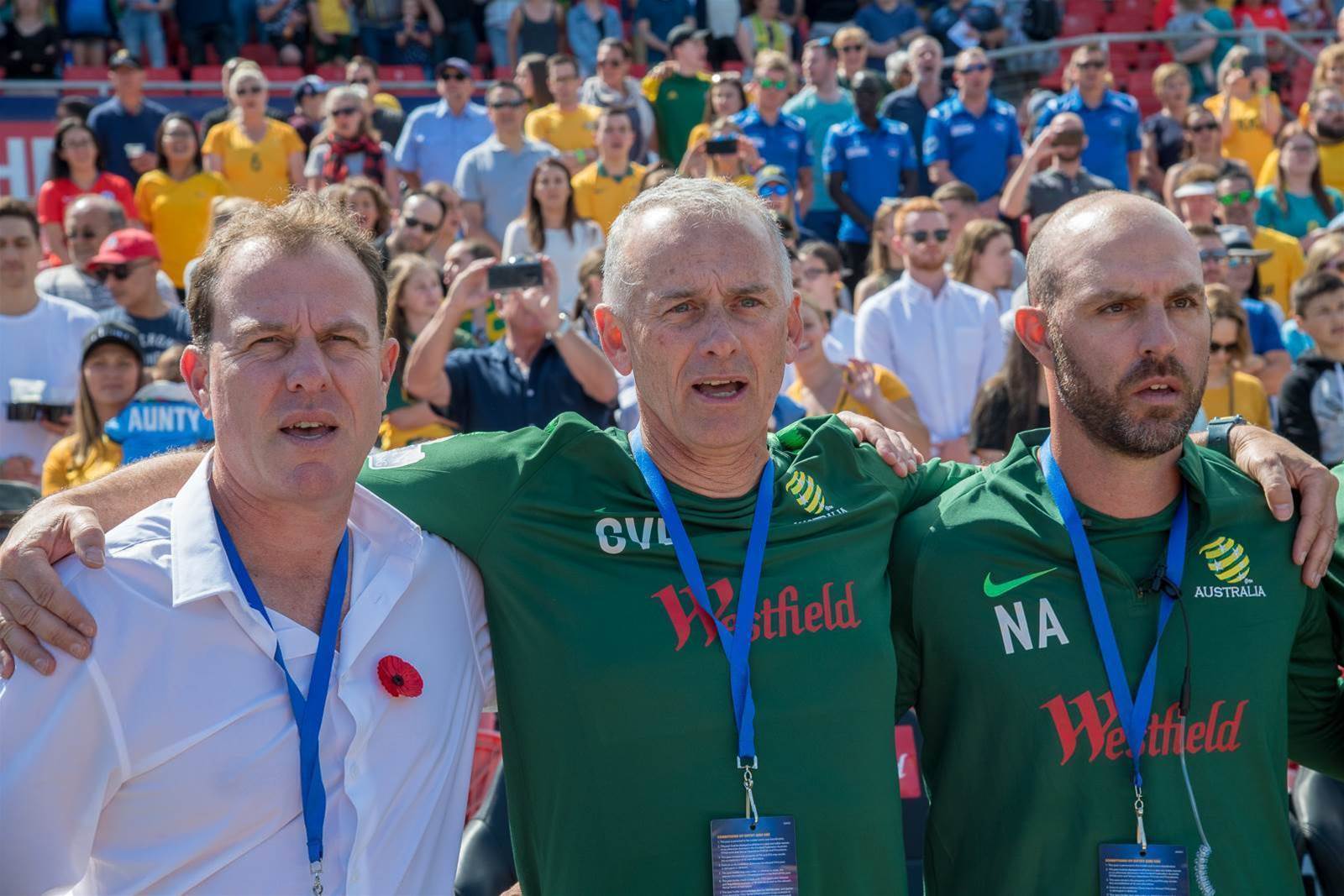 • Why were Our Watch contacted by FFA?

• On who’s recommendation, and in what context, was their involvement requested?

• Which group of people (not names) were required to complete the survey (eg ex-Matildas, current Matildas, parents, coaching and ancillary staff etc.)?

• How many people were provided with surveys to complete?

• Were these surveys password protected or guaranteed to be secure?

• Who in FFA determined the number and which people should participate in the survey?

• It has been suggested in the media that some 280 surveys were issued and that 142 responses were received, with only 3 of these from Matildas and 1 from a Socceroo.  Is this correct?

• Why weren’t all members of the Matildas’ staff involved in the survey?

• Has the Board seen a copy of the OW Report and is it satisfied the Report does represent the responses provided?

• OW has indicated that there was not a recommendation to sack the coach.  Is this correct?

• If this is the case, why was the survey referenced publicly in Alen Stajic’s sacking?

• Was the OW survey actually a factor in the recommendation to sack Alen Stajcic?

Recommendation to dismiss the coach

• Who recommended to the CEO that instant dismissal was necessary?

• If the allegations were true, why was instant dismissal the only option?

• It has been stated in the media by a Board member that there were other allegations/complaints made, as far back as April, 2018.  Were these ever brought to the attention of Alen Stajcic? If not, then why not?

• If so, how were they dealt with?

• The terms “toxic”, “misogynistic” and “homophobic slurs” have been referenced in the media.  From where did the media obtain this information and were these terms mentioned in the Reports and were they ever discussed with Alen Stajcic prior to his final meetings with David Gallop? • What information was made available to Alen Stajcic in relation to both Reports?

• On how many occasions was Alen Stajcic asked to address the culture of the team, including after the Asian Cup in 2018?

• If there were previous discussions and it was deemed there were issues that needed addressing, when did this occur and what transpired?

• Was Alen Stajcic ever warned in this regard and, if so, was he ever counselled?

• Did HR engage with Alen Stajcic anywhere in this process?

• What HR policies exist with regard to complaints against staff?

• What HR policies exist with regard to a staff member being able to address any complaints? By way of example, HAL players have Grievance Procedures in their standard contracts.

• What role did Luke Casserly, Emma Highwood and David Gallop have in the issue of team culture, and if there were complaints to management, how and with whom, if at all, were they addressed?

• A two-day meeting to discuss matters including team culture and leadership was organised by, among others, Alen Stajcic for January 21/22.  Why was Alen Stajcic not provided with an opportunity to attend that meeting, instead, being sacked two days earlier? What was so urgent that he could not be part of any discussion?

• What was so important that a previously unscheduled Board meeting was called by teleconference prior to the already arranged players’ meeting on January 21/22?  What difference would a few days make?

The Leaking of Information to Selected Media

• Did the Board or Chairman or CEO authorise the leaking of information to selected (eg akin to Federal Budget leaks)?

• If so, why were these media outlets selected?

• Leaks to the media occurred two days before Alen Stajcic was sacked, and one day before the Board held its meeting?  Why was this if the Board did not decide until Friday 18 January.

• Why were some of the players informed of the sacking before Alen Stajcic was advised and before the Board had met?

• If the leaks were not authorised, what steps has the Board undertaken to identify if a director or employee of FFA, or the PFA, is the source of the leaks?

• What steps has the Board taken to address the leaks provided by one of their own and do they believe this makes that person’s position as a director untenable? • Why did it take 10 days, and only after a public shaming, for FFA to approach Alen Stajcic to offer wellbeing support?

• What support has been offered to other members of the Matildas’ staff and their families, including those who resigned?

• What support has been provided to those Matildas who are distraught about this sacking? Kamasz added: "Alen has his days and is still in disbelief that at no stage was he ever informed there was an issue. His wife is an emotional wreck.

"His career, including internationally, is ruined by what has occurred, yet he is innocent of the innuendo that surrounds FFA’s silence.

"If the board of FFA is fair dinkum, they should invite Stajcic, even on a without prejudice basis, to address their meeting on Monday.

"If the stakeholders are fair dinkum, they should seek an audience with the board at the same meeting.

"Now is an opportunity to understand why they were misinformed and why the process undertaken by the CEO and management was totally mismanaged and flawed."

States face off over Home of the Matildas