Melbourne Victory fans heading to AAMI Park for their elimination final date with Wellington Phoenix will be sweating as they travel, knowing full well the Kiwi club could be a banana skin to trip on.

After all, they’ve trailed to Wellington Phoenix in all three matches this season, settling with three draws against the competition minnows.

Two factors should put them at ease.

The first is Victory's imperious record in home finals.

In 13 A-League seasons, Victory have hosted 11 finals in Melbourne and won 10; the exception being the painful 2010 grand final loss on penalties.

The international stars arrived at Victory fresh out of World Cup campaigns and have dazzled through interrupted seasons. 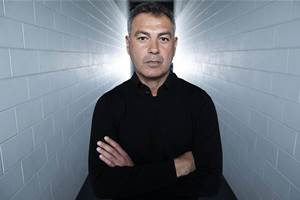 Honda has made just 16 starts due to a mid-season hamstring issue; a calf issue and corked leg has restricted Toivonen to 18.

Might Victory have finished in the top two if they’d both been fit?

PUT OLA IN THE HONDA AND VICTORY FIRES

A look at the club’s record when both the Japanese and Swedish internationals have started matches together suggests so.

The pair have been in the same starting lineup just 10 times through the season for eight wins.

Extrapolate that to 27 games and you get 21 wins; putting them ahead of premiers Perth Glory.

Of course, that sort of exercise is a nonsensical effort given all teams must adapt to injuries and problems.

But what it shows is that Victory are a superb team when the pair combine - as they will on Friday.

"It's simple. We are two good players who like to link up. This is not so complicated," Toivonen said yesterday.

"I think more other teams has respect for (Honda and I). We drag people on us and, and other players in the team get more space as well.

"So we take advantage of that."

The pair have both started the last six matches together as Victory’s squad returns to full fitness - excepting playmaker James Troisi. 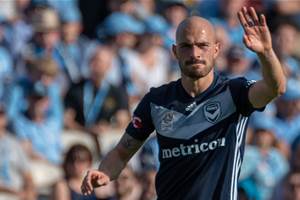 Melbourne Victory will be without playmaker James Troisi when their A-League defence goes on the line in Friday night’s elimination final against Wellington Phoenix.

Toivonen said Victory weren’t downbeat to be finish third; they were excited to see the finals begin.

“You go into the season hoping to get a home field advantage (in finals). And we got it.

"Now we are looking forward to Friday. Everyone looking sharp. Everyone feels sharp. So yeah, we're up for it."