What were the designers of these uniforms thinking?

The Socceroos recently unveiled their "new and improved" kit which they will wear for 2016 and 2017. However, the fashion industry's verdict has been, well ... not great. The new kit - which features the Socceroos' iconic gold shirt, with gold shorts and green socks - has been slammed on social media, being described as anything from a "Golden Globe" to a "Golden Onesie". With this in mind, Inside Sport brings you the top ten worst kits in sporting history. 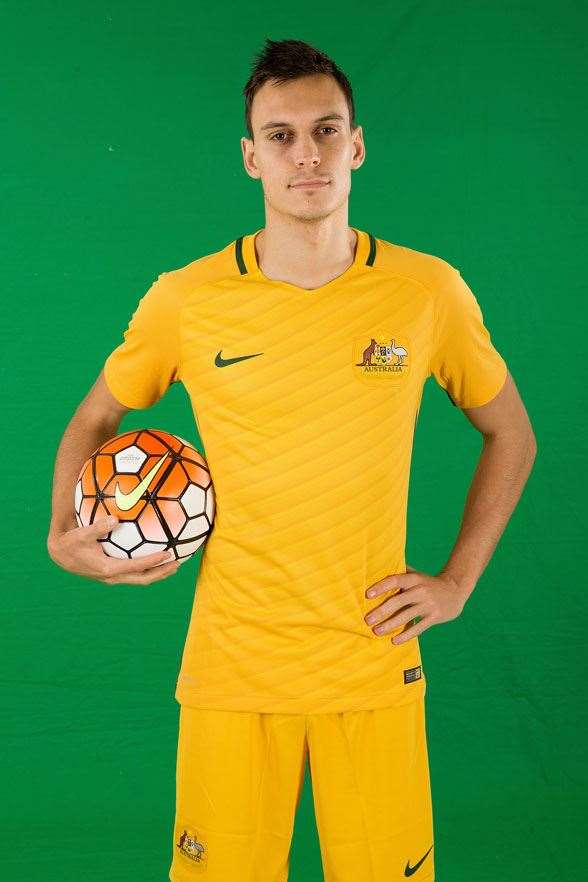 Coming in at number ten is the Carlton kit from the 1997 AFL season. The Blues weren't exactly the Blues everyone had become accustom to when they changed their strip from the traditional navy blue to a sky blue. Why, you ask? MONEY! Carlton was reported to have received $250,000 to promote a new color of M&Ms which was about to hit the market. We can just sit here and laugh ... 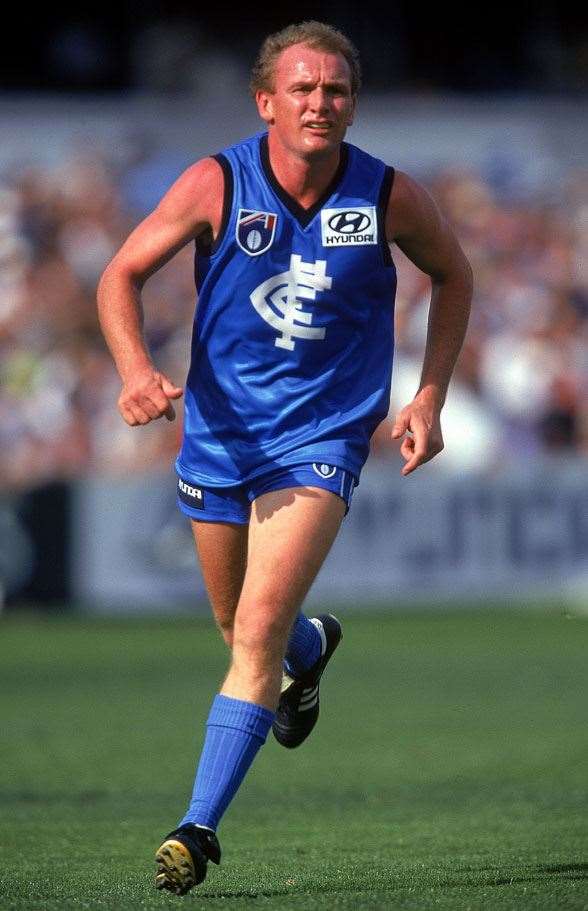 The Carlton kit, which promoted a new M&Ms colour in 1997. (Photo by Getty Images)

Most rugby league fanatics will remember the 1997 State of Origin series for the infamous "cattledog" cry that sparked one of the biggest brawls in the concept's history. However, we remember it for the time NSW decided to become the "Two Blues" instead of just the "Blues" with this two-tone "classic". Thankfully it only lasted one year ... 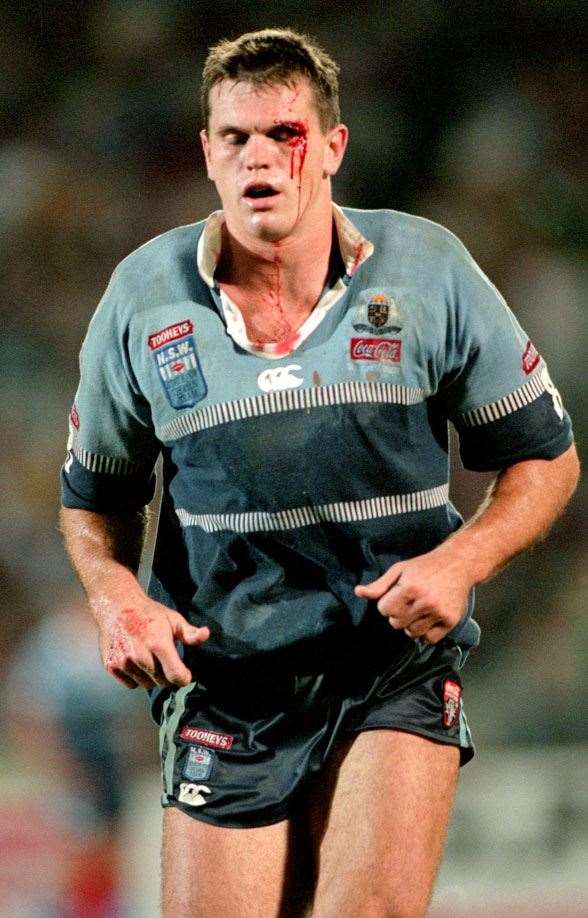 That "Two Blues" Origin jersey from 1997. (Photo by Getty Images)

In 2013, the Gold Coast Titans thought they would try and be a little bit more creative with their jersey design. However, the Gold Coast's away kit was more reminiscent of an NFL-style helmet. As you can see, it featured a Big T across the chest that flowed down the front of the jersey. It just wasn't ... rugby league. 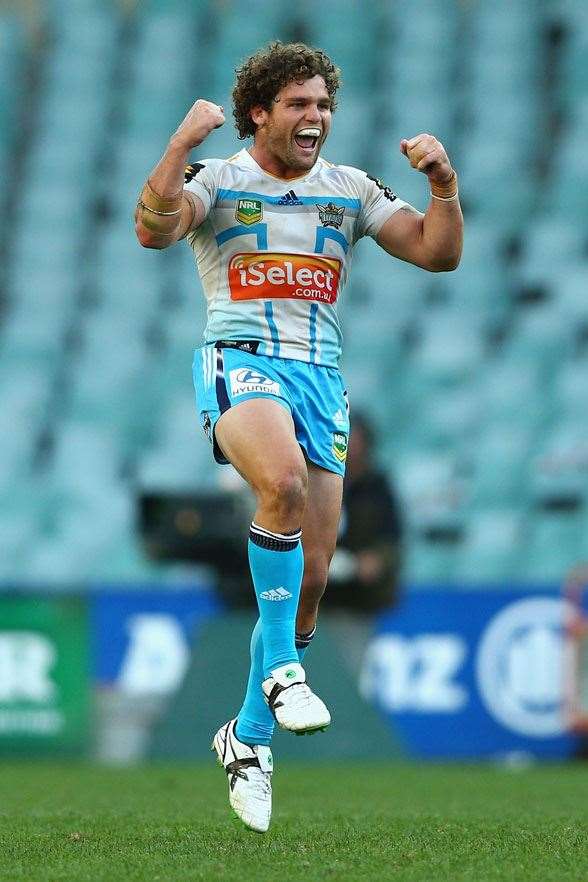 The Titans' away kit for the 2013 NRL season. (Photo by Getty Images)

The most recognisable jersey in world rugby is easily the New Zealand jumper. It has brought them great success over the years, but for the 2007 Rugby World Cup, the All Blacks turned grey when they decided to boot the iconic jumper. The change proved unsuccessful, with the Kiwis knocked out in the quarter-finals. 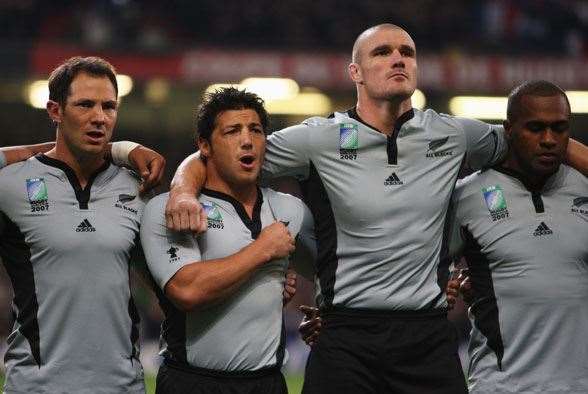 All grey-jersey donned by the All Blacks at the 2007 RWC. (Photo by Getty Images)

Manchester United might have won their EPL title back in 2013, however they did it in the ugliest of fashion. By that we mean the kit they played in, which looked like something you'd throw over your table before dinner ... 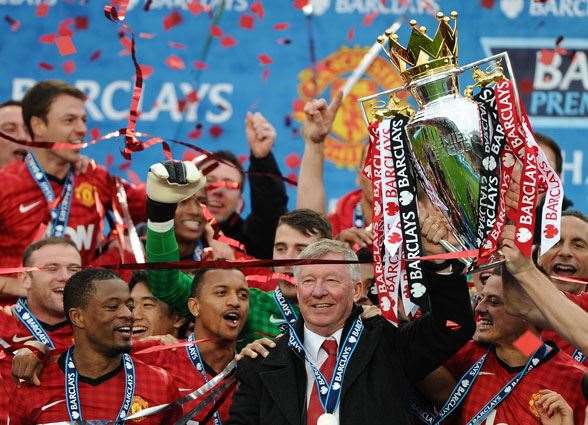 Manchester United won the EPL but not in great ... fashion. (Photo by Getty Images)

We really have no idea what the Brisbane Broncos were thinking back in 2002. How aqua fits in with the club's colours of maroon and gold is something all fans are still trying to figure out ... 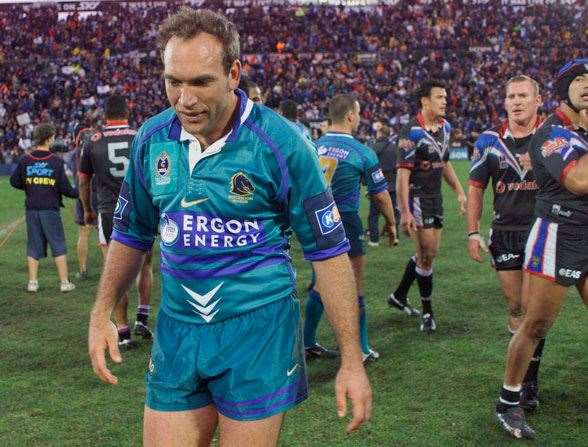 The Aqua Broncos of 2002. (Photo by Getty Images

This truly is the worst kit ever produced by an A-League club. An honourable mention goes to the Mariners’ rivals, the Jets, for their snazzy green number worn a couple of seasons back. However, any kit featuring Sideshow Bob just doesn’t belong on a sporting field. 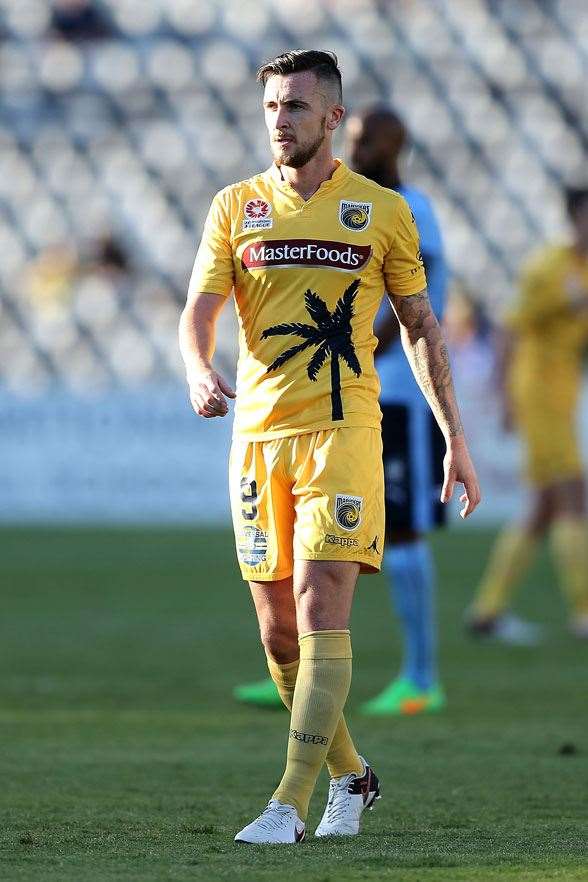 As bad as it is, the current Socceroos kit isn't as shocking as it was back in 1993. This kit worn against New Zealand can be summed up in one word: "vomit". 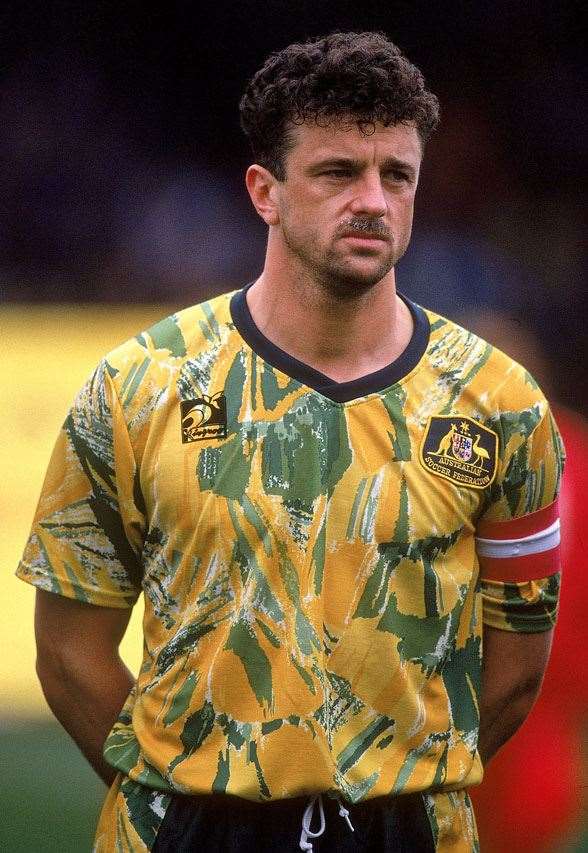 Spew kit from the Socceroos in 1993 (Photo by Getty Images

Pretty easy to see that the Manly board told the club's jersey designers back in 2012 that they wanted a cross between a cow and some type of weird army camouflage outfit. Here’s the finished product. 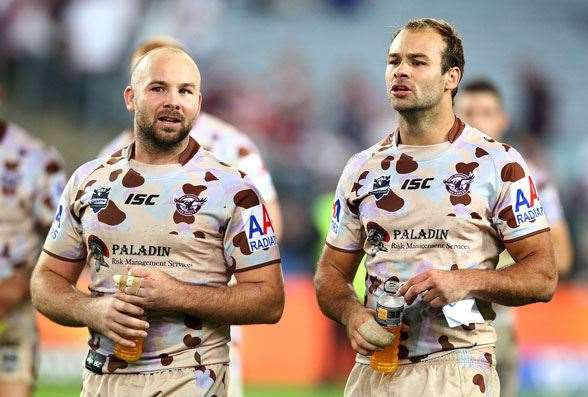 The Cow-Camo-Eagles (Photo by Getty Images)

The man who designed his own goalkeeping jerseys came up with THIS kit for the 1994 World Cup. 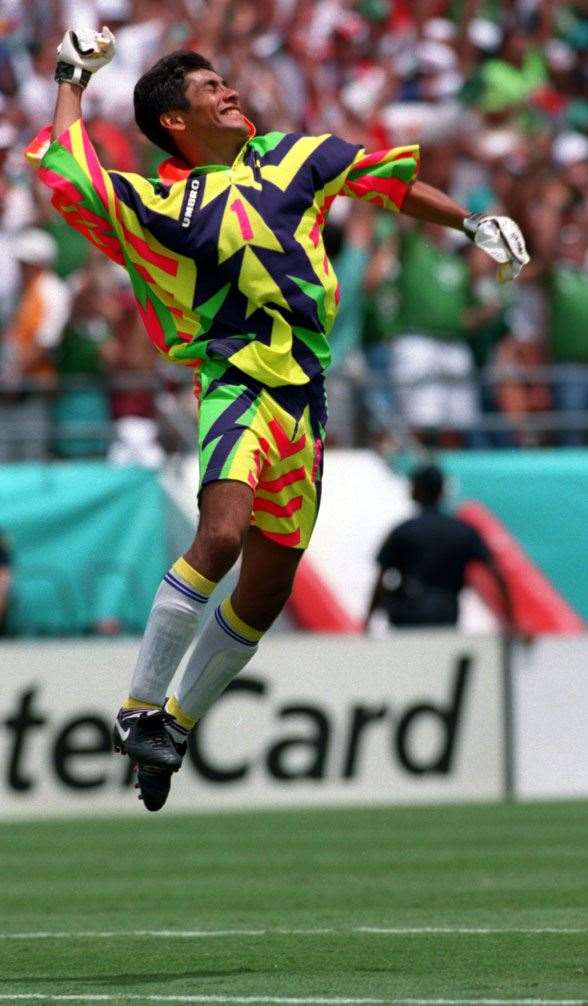 Jorge Campos designed his own jerseys. (Photo by Getty Images)