We are delighted to announce groundbreaking website The Women’s Game will be joining Inside Sport and FourFourTwo.

The site began life as a part-time project for women’s football fan Ann Odong but quickly grew to be the leading site for W-League and Matildas news, profiles, interviews and analysis.

Now, as Ann moves on to a major new role with the FFA's 2023 Women's World Cup bid, we aim to bring her successful formula to all women’s sport and become Australia’s only dedicated women’s sports network.

“Women’s sport has never been bigger and we want to lead the way in growing it even more,” said Nextmedia’s Head of Sport Digital, Kevin Airs.

“The current world-beating success of The Matildas – together with the phenomenal interest in women’s AFL and women’s cricket – means women’s sports’ time has come.”

While thewomensgame.com will be a standalone site – with sections for the main codes like football, netball, cricket, AFL, league and rugby – its content will also feed into the homepages of Nextmedia’s network of InsideSport.com.au websites.

Site contributor Angela Bacic has been appointed online editor to add to the existing team led by Cheryl Downes, and build its presence beyond football into the other sports.

“It is important to keep the essence of TWG, which is our love for supporting women’s sport and celebrating great achievements,” said Bacic.

“Having grown up playing and watching sports, I love what women athletes are able to do and now I want us to tell all their stories.”

The project is supported by Australian sportswear giant and launch partner Rebel and CAS [Confederation of Australian Sport].

The site will relaunch in its new home and format on February 1. 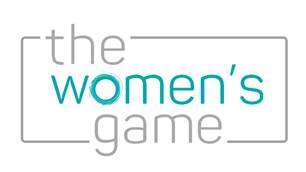 Report: Participation of women in sport

'It won't happen overnight...but it will happen' - The biggest AFLW talking points of the week

How much do AFLW players get paid?

'We came out and really put it to ‘em!' - The biggest AFLW talking points of the week