Australian defender Zac Anderson has opened up about his decision to step away from football last year and his eventual move to join Singapore Premier League club Hougang United.

Anderson signed for Hougang after playing for Perak in the Malaysian Super League in 2019.

But the former A-League centre back admits he spent several months away from football, considering whether to play again or not, before deciding to head to Singapore and resume his career.

"To be honest I got to a point where I really didn’t know the direction I wanted to go in," Anderson told the Inside The Beautiful Game podcast.

"At 28, 29, unless your career is absolutely sky-rocketing, and for most players at that age it is. I just kind of felt like I needed a bit of time away to assess things. My love for football was always there.

"I finished the season in Malaysia in July and had the option to stay until September, but I decided to step away. I had a few personal issues on the side that I wanted to make sure I focused on and got right.

"But mentally I was in a good space, I just needed to step away and re-evaluate things. It was really, reallthy heathy for me.... I've had constant football since I was five. I loved it.

"But I just needed three or four months to step away, and I earnt that. I’ve come to a mature age and there are more important things [than football]."

Anderson said he had offers to play in Thailand and Indonesia for more money, but Singapore appealed to him.

"Singapore football is almost like a youth league. You’ve got boys who I didn’t even realize who are 18, 19 and I’m talking to them and treating them like men. And they need to be, as its professional football.

"But at the same time I have to tell myself these guys are kids and they haven’t even scratched the surface yet. Some of them haven’t even left Singapore. I’ve kind of reevaluated my role."

Anderson said his goal is to win silverware with Hougang.

"I want to win the SPL, that’s the goal this season," said the ex-Central Coast and Sydney FC defender.

"We’ve got the squad. I think we enough local talent and have some fantastic coaches that together if we have the right mentality we can do well in the league." 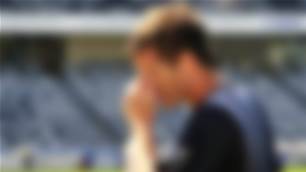