Stuart McLaren's January appointment as the Glasgow giants’ new U-18s boss has gifted the former Scotland U-16s mentor the chance to finally circle in the orbit of Postecoglou, who sought to bring him on board as an assistant when he was working wonders with the A-League's Brisbane Roar back in 2010.

That mooted meeting of minds never materialised, scuppered at the last minute by the Roar’s tight financial purse strings.
McLaren, though, wasn’t about to let the opportunity slip for a second time when the chance arose to join Postecoglou’s Parkhead revolution.
With the Bhoys primed to wrestle the Scottish Premiership top spot from Rangers if they win Thursday’s (AEDT) Old Firm derby, former Roar and Perth Glory defender McLaren couldn’t have landed at Celtic Park at a more opportune time.
He’s been vested with the task of honing the club’s next generation, and will borrow heavily from the Postecoglou playbook of high-energy adventure to create a synergy with the senior team.
“I nearly got to work with Ange back in Brisbane but it never quite happened because there wasn’t the scope within the club at that time,” McLaren told FTBL.
“There’s been a connection there over the years … we crossed paths when Ange took over at Brisbane (in 2009).
“I’d left the club a few months earlier and was player-manager at Brisbane Strikers. We had a bit of a sit down together to discuss me coming and working with him then.
“Our paths went separate ways since but it’s very nice to get that chance now to be part of what he’s creating.”

Whilst initial scepticism surrounded Postecoglou’s appointment from fans and pundits unfamiliar with the depth of his coaching pedigree, McLaren was a long-time convert.
“People were asking me prior to him coming in how he would be, and it was pretty clear he was going to be successful,” McLaren explained.
“The only question was, like a lot of managers, whether he’d get the time to implement his style and bring in the players that suit his way of playing.
“From a Scottish perspective, or a European perspective, he didn’t have a massive profile. People in Australia and Japan knew how good he was but others weren’t quite as aware.”
With a Scottish League Cup already under his belt - and now the league leadership in his sights - McLaren sees no limits to what Postecoglou might conjure up as his influence becomes all encompassing.
“He’s re-energised the whole place, the fans have taken to him and the sky is the limit right now,” added McLaren.
“He’s got everybody on board, and that’s key. I’ve no doubt there will be more trophies to come and the club are there backing him all the way.
“In terms of the title race there’s a genuine fight on this season. He’s getting the best out his squad - and from an Australian perspective he’s brought Tom Rogic to the peak of his powers.
“For Tom, it’s the perfect storm in a sense that he’s got a manager who understands him, knows how he thinks and plays a style that suits him.
“The same goes for a host of others in the squad who are benefiting from Ange’s influence. He’s also been very smart in his transfer activity in having an appreciation of the Japanese market which has traditionally been undervalued here in Europe.
“You could go into other markets, spend ten times as much and not get the quality (of Kyogo Furuhashi, Daizen Maeda and Yosuke Ideguchi). Ange has been very shrewd in his dealings.”
McLaren, who spent four seasons helping to develop Scotland’s next wave of young talent, says there will be a stylistic continuum from the Celtic’s first team down to the U-18s.
“That’s the way we’ll work - that was quite evident during the interview process,” he explained. It’s great for me because I share a lot of the same thoughts on how the game should be played.
“We’ve had those discussions about a common thread running right through the club from the first team down. Another thing with Ange is he’s more than willing to play young players if he thinks they’re ready.
“There’s a pathway there - and it’s my job to maximize the chances of the youngsters I’m working with going as far as they possibly can.”
McLaren would relish the opportunity to ultimately work in tandem with Ange, while simply being grateful for the role he now has.
“You focus on the job at hand - that’s the most important thing and whatever will be will be,” he said. 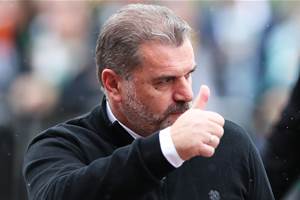 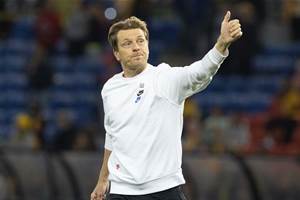 Under-scrutiny Tony Gustavsson will survive the Matildas’ woeful under-achievement at the Asian Cup, with Football Australia ill-inclined dump the Swede 18 months out from the co-hosted Women’s World Cup.