"Separated from friends and family for over two months" were the strong words coming from Wellington Phoenix GM David Dome before Phoenix's finals campaign.

It's hard to debate any team has been hit harder by COVID's lockdown scenario than Wellington, given the club now has to base arguably their best shot at finals football from a Sydney hub.

It should have been a home A-League final in Wellington - never an easy place to visit - but now the game will take place in Sydney with no home fans anywhere to be seen.

The club's travails have already taken their toll, with Ufuk Talay's side suffering over the past few games among their worst form of the season.

But Dome insists that the club has the fight to take home the A-League championship after what has already been their best finish ever.

“This is a ‘home’ Finals match for us and although we can’t celebrate with all our supporters at Sky Stadium, we want as many Kiwis as possible to tune into the game this Saturday night at 7pm on Sky Sport 7," Dome said.

“What the club has achieved this year, under the shadow of Covid-19 and all the challenges that occurred across the sporting and economic landscape as a result, is something that all Kiwis can take pride in.”

Dome says he is also extremely proud of the players, staff and their families and the sacrifices that have been made this season.

“What our players and the coaching staff in Sydney have gone through this season has been extremely tough; we’ve asked them to be in an isolation environment, separated from friends and family for over two months in order to reach the Finals and do something no New Zealand football club has ever done before – take home the Hyundai A-League trophy.

‘’This club has sacrificed more than any other in the A-League - I can’t speak highly enough of the commitment and the professionalism of all the staff based in Australia during these times, and for their sake and their families’ sake I want to see New Zealand get in behind the Nix this Saturday and to ‘get fired up’ for our Finals run.” 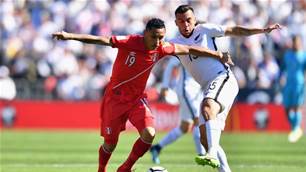