Thousands have voted in favour of two former National Soccer League (NSL) champions being re-admitted to the topflight in 2019/20.

Football Federation Australia will announce two new A-League clubs in October, taken from a shortlist of 10.

This week, FourFourTwo gave fans the chance to have their say via an online poll, with just over 9.3K votes lodged in a 48-hour period.

There were only ever three bids in it, with South and Wolves alternating top spot and Canberra and Capital Region coming in third. 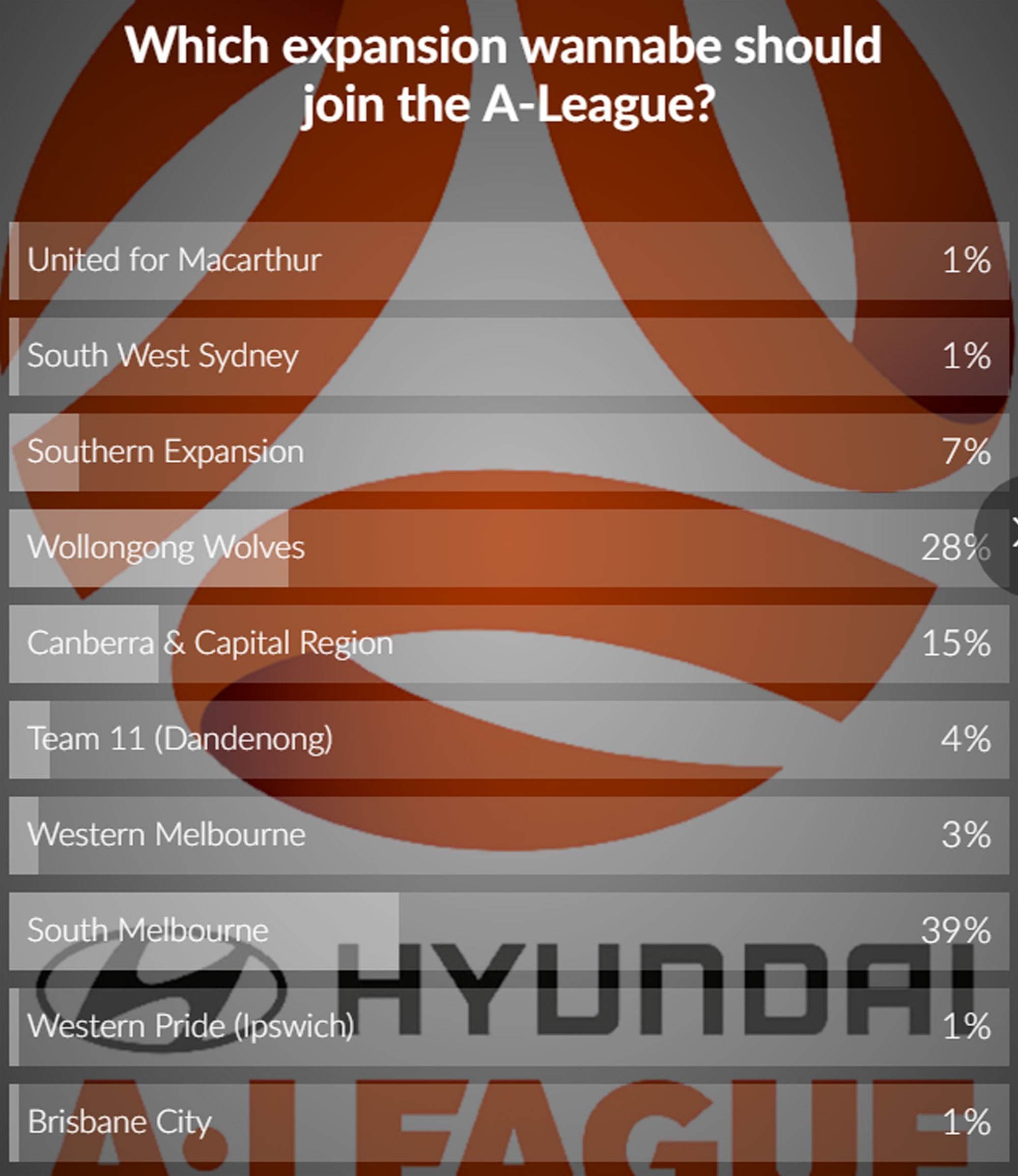 Check out this assessment of all 10 bids

High-profile bid team, Southern Expansion – which is combining three regions including Wollongong - was next but well behind on 7%.

South was founded in 1959 and won a host of honours including four national champions in the NSL. Wolves were launched in 1980 and took out two championships, which included the 2000 NSL Grand Final against Perth Glory - one of the greatest comebacks in Australian football.

Both clubs currently play in the National Premier Leagues.

The NSL, predecessor to the A-League, ran for 28 seasons until folding in 2004.