On Tuesday, Toivonen became the first import to be appointed Melbourne Victory A-League captain, with Kurz selecting the skipper to head up a five-man leadership group.

"That was my choice," Kurz told reporters on Tuesday.

"The leadership group was voted by the players, the boys. Four experienced players, one young boy - the young boy is Thomas (Deng).

"And I picked out of the group the captain."

Toivonen scored 17 goals in 26 appearances across all competitions for Melbourne Victory last season, including 15 A-League goals.

"He's always a starter and also to push the boys in a good shape as well.

"I think it makes sense and also the voting from the boys showed me that Ola is the right decision."

Toivonen takes over from the long-serving Carl Valeri, becoming just the fifth captain since the A-League club's inception in 2005.

"(It's) a big honour to be selected from the coach. But also a big thanks to the team as well," Toivonen said on Tuesday.

"It's nice. I have a big help from Carl (Valeri) and from Leigh (Broxham) as well, who know the club in and out.

"So it's always nice to have people around me that know the club."

Veteran Leigh Broxham, Deng, Tim Hoogland and Jakob Poulsen will join Toivonen in the leadership group for the 2019-20 season that was jointly selected by the players and coaches.

Deng was included in the group as the player representing Victory's younger squad members.

The 22-year-old has established himself as a standout young defender in recent seasons and earned his first Socceroos cap last year. 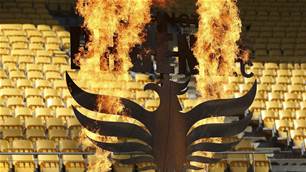 Kurz: Phoenix are a Kiwi Sydney