Nikolai Topor-Stanley has praised his Newcastle Jets teammates for grinding out a 2-1 win over Adelaide United at McDonald Jones Stadium on Saturday.

The game was a slow burn in hot conditions that burst into life just before the hour.

The outcome was decided by a controversial penalty which saw Adelaide assistant coach, Filip Tapalovic, red-carded for his sideline remonstrations.

The winning goal for @NewcastleJetsFC came from the penalty spot in the 89th minute. #NEWvADL #ALeague

Topor-Stanley said there was "plenty" of belief within the team after they managed to dig out a win despite a less than stellar performance.

"We hung in there," the veteran centre back said.

"It was pretty much a stalemate all game. It was very tight and neither team really made great chances but we're happy to get the points in the end."

"But in the end we kept believing and in the end I thought we were a bit unlucky to give away a goal."

I don't understand where his arm is meant to go. Disappointed pic.twitter.com/VEBMpX2011

But the penalty was the big talking point.

Ryan Strain was adjudged to have handballed in the area - a decision that lit up social media and the Reds' technical area. Replays suggested it was at best inconclusive.

"I didn't see it to be honest," Topor-Stanley said.

Just 11 rounds in and Ernie Merrick's men have already scored more points than last season's tally when they finished with the wooden spoon.

The win cements Newcastle's spot in second and puts them within five points of league leaders Sydney FC, while the Reds remain in fourth place. 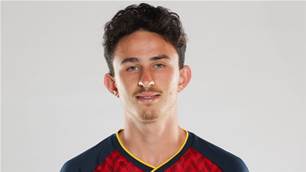