Head of Australian Professional Leagues Danny Townsend says the future A-League start date and possibilities of a hub are out of the league’s control.

The last couple of years have been tough on sport for everyone.  These current challenges were discussed by the head of Australian Professional Leagues, the body responsible for the A-League and the W-League, when speaking of the upcoming seasons.

The start date for the A-League is still scheduled for the 30th of October but the APL will continue to monitor a number of things including vaccination rates and border closures stated Townsend in an interview with Blayne Treadgold Sportsline on SportFM 91.3.

Speaking of the upcoming A-League and W-League campaigns Townsend highlighted the APL wanting to make sure to launch the seasons with fans in the stands with the atmosphere of stadium being described as "a critical part of the product".

When asked by Treadgold about any alternate plans including the possibility of hubs if the present plan does not work Townsend said:

"Look there is plan B, C, D and E mate. I think that is the way you have to run these competitions these days is ensure that we look at what might happen if certain things occur particularly as it relates to border closing,

"I think that is probably the most challenging one. It is sort of so much outside of our control and just trying to get the best intelligence out of government relationships to try to predict what might happen in six weeks from now when the season is due to start."

Townsend went on to discuss the direction of the league under the new APL leadership, the organization having taken control of both leagues from the FA who now only handle regulatory functions.

Repeating the importance of spectators and fan engagement, Townsend stated that a number of exciting announcements will be made before the start of the season which the APL hopes will help elevate football in the broader sporting landscape.

The launching of a new digital platform in the coming months, a platform that had been first announced earlier this year, is one of those key upcoming developments.  It is being designed to provide a better product and better customer experience to fans in what Townsend described as "the biggest single invest football has made in itself."

Speaking in general terms about the upcoming season Townsend stated:

"We are excited about the new season.  For us it is a chance to really relaunch the competition after the unbundling with the FA and everyone is really excited about that partnership we have with ViacomCBS, Channel 10 and Paramount Plus.  Notwithstanding the pandemic challenges there is a lot to look forward too." 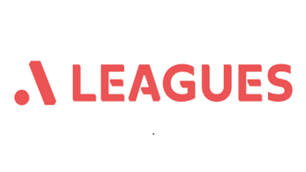