Ricciuto, 28, has completed the transfer to his new Spanish club and is due to leave Australia (subject to visas) in the next 12 days.
The Spanish club, located in Velez-Malaga and the Axarquia region of Andalusia, kick off their new season on October 18.

Celtic coach Neil Lennon has confirmed that the Scottish giants have accepted a transfer bid for injured Socceroo Tom Rogic.
Pre-season started today (Sept 1) with the club's new Swedish owners putting ambitious plans in place to grow the Spanish club.
“Their aim is to be promoted this season and so right now they are putting together a strong squad with their transfer policy," Ricciuto told FTBL today.
“My aim, like it was last season in Brunei, is to get promoted and become champions.
"That is the ultimate goal for me wherever I go.
“It’s Spanish football. The level is very good.
"There are a lot of players who’ve played at La Liga clubs and an Argentine player who played at Boca.
“It’s a great standard. I’m very excited and looking forward to doing my best for Velez.”
OFFICIAL VELEZ CF SITE click here
OFFICIAL VELEZ CF YOUTUBE CHANNEL click here

The powerhouse midfielder has been one of Australia’s success stories in Asia after a wildly successful first season in the Singapore Premier League with Brunei DPMM.

Following a transfer from the NPL NSW in early 2019, Ricciuto won a slew of awards in the Singapore Premier League for his displays and goals. 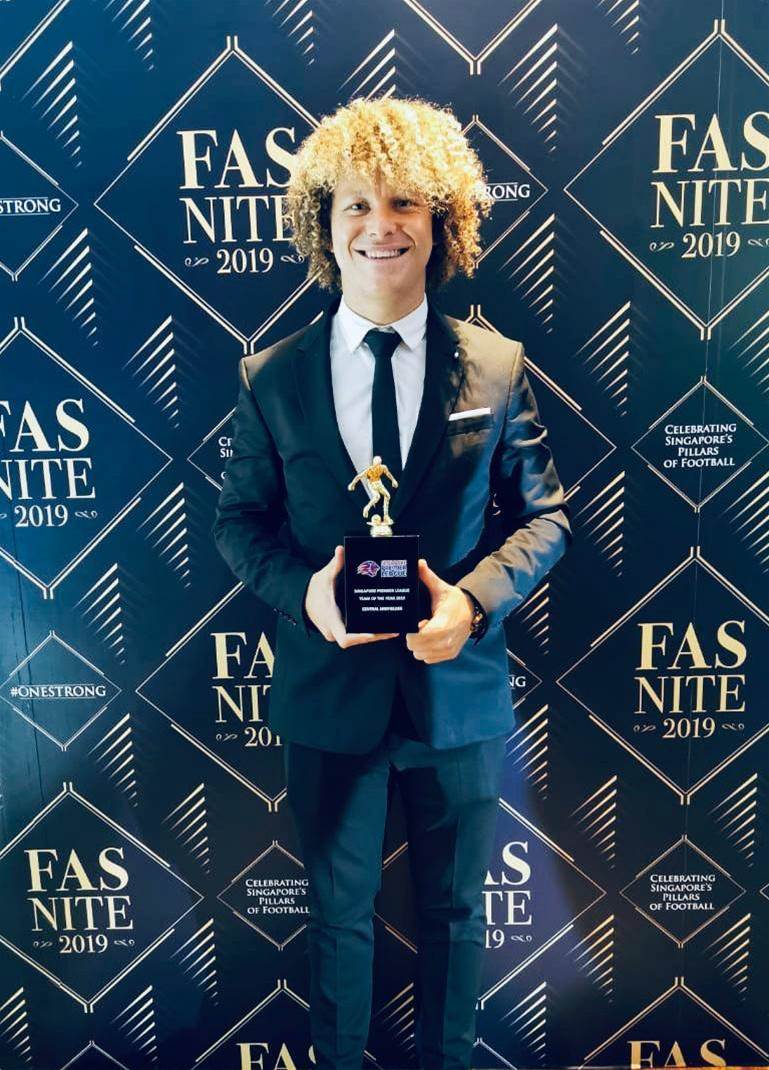 Ricciuto was a star in the Singapore Premier League. He has now transferred to a Spanish club

Ricciuto, formerly of NPL NSW club Rockdale Suns, played a huge part in the Brunei club’s success after his transfer.

He smashed a staggering nine goals in 21 games - hugely impressive for a defensive midfielder.

Ricciuto also racked up two assists and was awarded player of the month and goal of the month in the Singapore Premier League. 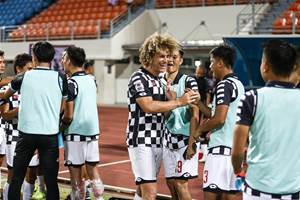 Now, after maintaining his fitness in Australia during COVID, Ricciuto’s transfer allows him the chance to make his mark in Europe at a Spanish club with big plans.

“The Swedish owners called me when the transfer was being discussed and told me about how much potential there is at this club.

“They think the standard is roughly the same as the Swedish top league," Ricciuto, formerly of Rockdale Suns, said. Velez CF is a historic club in Spanish football and is set to celebrate its centenary in 2022.

'Our goal is to build a well balanced and strong team that can play fast and intensive football, right in the direction we want our football to be.

'The starting point of the player base will be local players first, then players from other parts of Spain and finally, if necessary, we will add a little spice with foreign players,” the Spanish club said in a statement on their site.