Ulsan Horang-I maintained a two-point cushion over Gyeongnam FC at the top of the K-League with a 1-0 win over Gangwon FC today.

Kim Shin-wook scored the only goal with 15 minutes remaining as Ulsan recorded a third consecutive win and fourth from the opening six games of the new season.

Gyeongnam kept up the pressure with a 3-1 win over Pohang Steelers as the reigning Asian champions slumped to a second consecutive defeat.

Gyeongnam's Brazilian striker Lucio opened the scoring for the hosts from the penalty spot after just five minutes after Seo Sang-min upended Hwang Jae-won inside the area.

The home side doubled their advantage with 15 minutes remaining as Jeon Jun-hyung headed home a Yoon Bit-garam free-kick.

The Steelers, who beat China's Shandong Luneng 2-1 in midweek to move within a point of the last 16 of the Asian Champions League, reduced the advantage two minutes later through Brazilian substitute Almir - only for a second penalty from Lucio to seal a second consecutive win for Gyeongnam.

Pohang coach Waldemar Lemos was unhappy with the officiating as the Steelers slipped down to eighth and six points off the early season pace.

"Today, the referee was the star," said the Brazilian. "Compared to the other team, we committed few fouls but the referee punished us. I can't agree with the award of the penalties, but Gyeongnam played well against us." 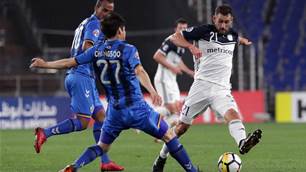 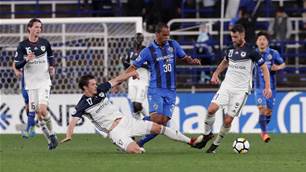 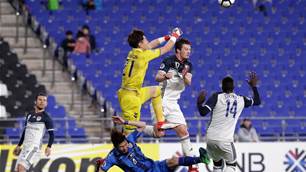