It’s been a logistical nightmare as coronavirus restrictions wreaked havoc with some travel plans. But Melbourne’s A-League clubs are set to fly to NSW on Friday, with the A-League hub kicking-off a week later.

And there are reports that those A-League clubs will be sleeping in bunk beds at a Sydney sports academy for the duration of this A-League hub. 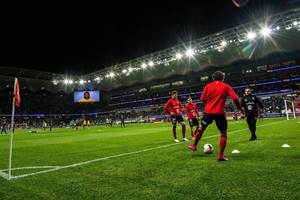 The A-League restart will go ahead as planned with three clubs stranded in coronavirus-hit Victoria granted government exemptions to travel to NSW.

The off-field narrative has been a big story for A-League fans.

A week out from this A-League hub to complete season 2019/20, and after all the drama who knows what will happen on the pitch?

But with the race for the last finals spots still open, it should be fascinating viewing.

Here’s your guide to each A-League club.

Interim head coach Carl Veart will guide United (he replaced Dutchman Gertjan Verbeek who has remained in Europe due to the coronavirus).

With United set to announce a new A-League head coach who’ll take over after the hub, it’ll be fascinating to see how the Reds play under the former Socceroo striker, who was an assistant under Verbeek. 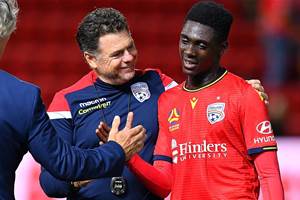 Carl Veart will be Adelaide United's caretaker coach for the remainder of the A-League season.

The good news is keeper Paul Izzo returning after a car accident in mid-June, but reserve keeper Isaac Richards has traded A-League for MMA.

After three weeks of pre-season, the club played a second internal friendly on July 7 and according to reports it was a step up in intensity, said Reds player Ben Halloran this week.

“Our first game will be a bit of a shock to everyone,” the former Socceroo said when asked about fitness levels.

That first A-League game will be on the Gold Coast against Brisbane Roar on July 19.

Exciting 20-year-old Al Hassan Toure will also be available for selection following an injury layoff after suffering a stress fracture with the Olyroos.

Another club with an interim head coach.

Fowler returned to the UK during the coronavirus situation and won’t be continuing with the Queensland A-League club. He's said to be in the running for the Birmingham City job.

Like the Reds, it’ll be fascinating to see any change in style under their new interim boss, who is a former Victory assistant coach.

Davies will be assisted by Warren Moon, a former Roar player. 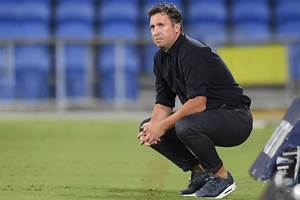 Brisbane Roar will seek to hire an Australian coach after confirming Liverpool legend Robbie Fowler's time at the A-League club was over.

The clash with the Reds will be key on July 19 will be huge.

Both sides are right in the mix for a finals finish with Roar in fourth and Reds equal sixth.

The A-League club had exciting striker Dylan Wenzel-Halls (2) and defender Corey Brown on the scoresheet against a Knights side that featured former Roar man Mitch Nichols.

Alen Stajcic’s men will have a distinct advantage by playing at least three out of their four remaining A-League games on their Gosford home turf.

Though out of the race for finals football, the Yellow and Blue will see these four games as a way to salvage some pride in the A-League. 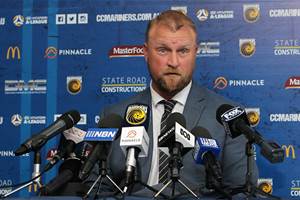 The A-League's partial shift into the winter months next season is an intriguing opportunity for Central Coast Mariners chief executive Shaun Mielekamp.

Seven points off second-bottom Victory, the aim will be to win all four games and finish above Victory.

With that in mind, the Mariners’ game on August 3 (venue TBC) is against Victory. Could it be an A-League wooden-spoon decider?

With little chance of finals football, Victory is in an unaccustomed second-bottom position.

And with this week's fiasco around flights and exemptions, interim coach Grant Brebner will have a job motivating his side.

But this is the biggest club in the country according to many judges.

And with Rojas, Nabbout, and Kruse, there’s huge quality going forward (even without the departed Ola Toivonen). 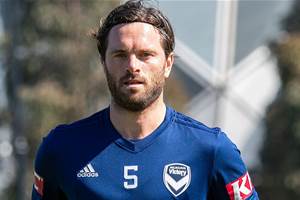 For sure, intensity and pride will be instilled into Victory by Scottish-born Brebner, one of the club's heroes from years gone past in the A-League.

What they don’t want is to finish with a wooden spoon.

While seven points clear of Central Coast, Victory will be desperate to show some fight and salvage a little pride before the rebuild under a new coach following this A-League hub.

Victory’s clash with Mariners should be one to watch on August 3.

Victory open their A-League hub with a “Melbourne Derby” against Western on July 16.