Football Victoria are incurring the wrath of clubs after charging them full registration fees for players that were pending, declined, cancelled or de-registered.

It was expected clubs would only be charged for players who were deemed fully registered, active and that had paid there fees.
However, FV still plan to charge for inactive players that weren’t fully registered nor played a game. A number of players didn’t complete registration due to the uncertainty around the season which was eventually cancelled in July.
“It’s pretty upsetting for all the clubs particularly in the Geelong region who in good faith had players register online and then didn’t accept the registration cause leagues were called off,” said Corio SC President Mario Gregorio, who’s club got promoted to State League One this year.
It is understood FV went through all club lists and charged clubs for all players regardless of registration status.
Clubs are now expected to chase up all of these unregistered players for monies to cover their registration fees. Many of these players never had their registration accepted, meaning clubs have questionable legal right to chase them for money.
FV’s refund policy for players ranged from 45-70% depending on the level of competition. However this was after FV expected to receive full fees for all players including those not registered.
For clubs expecting a refund, the cruel blow was the refund was offset by the bill asking for payment for these unregistered players, meaning clubs have already effectively paid for these players. Clubs will now have a debt with FV rather than receive a much needed cash refund.
This means clubs that promised a refund to those players who fully paid their fees, will now need to fork the money out themselves to cover the cost.
The first bill came to club at the end of October while the second one came through a few days later.
“A lot of these “players pending” registrations walked away because of COVID and now clubs are expected to pay their registration fees,” explains Gregorio. “This is unjust and unfair particularly when clubs have also been impacted with loss of revenue through sponsorship, functions and canteen and bar takings.
”What is worse is that the FV simply reply back to queries with an automated response.”
As Gregorio refers too, when clubs challenged FV, they were sent an email from the accounts department outlining FV’s stance.
With regards to charging clubs for players deemed as ‘pending’, FV’s response was:
”Although each Club’s position varies, ‘pending’ players can range from those that have either participated in training or matches to those that merely registered an interest in playing. It’s our experience that in previous years that virtually all players who have been listed as ‘pending’ players have become active ‘registered’ players. It was required of FV to take an equitable approach to all players in the establishment of the Refund Policy. We will work through the specific case for your club with you should you wish.”

For players who were declined, cancelled or deregistered players, the response was:

“The difficulty in these categories is finding a consistent and equitable approach between those Clubs that have deregistered their players in Play Football, and those Clubs whose players have remained registered players. The simple reality is that the costs incurred for FV were primarily based on the planning of competitions that included those players who were later declined, cancelled or deregistered.”

The email also advised that players who don’t pay fees for 2020, will not be allowed to register for 2021. Essentially this means clubs will not be able to register these players if they don’t find a way to pay off 2020s bills.

FV have publicly justified their financial decisions by pointing out fixed costs they have incurred that need to be covered. The email stated the following:

“As with your experience with your own club,  FV also incurs substantial costs in preparing for a season, even before a ball is kicked. These costs are set out in detail in the FV Refund Policy, however they include costs such as player insurance, FV staff costs for fixturing, competitions administration, team entry management, extensive council liaison, facilities planning and advocacy and club support ambassadors. We note as well the additional support required for our Regional areas. Our Fee Policy retains a modest amount of the player registration fee based on Cost apportionment principles. Please also note that these FV costs include insurance coverage for your players for 2020 should they injure themselves in training up until 31 December 2020.”

The latest drama has created a bigger divide between FV and its members who have been unhappy with the governing bodies handling of the COVID19 situation. 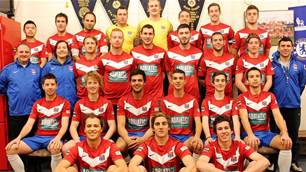