Adelaide United's George Blackwood says an odd kick off time will be another challenge for a Reds side desperate to seal a home A-League final with a win in Brisbane this Anzac Day.

The Reds kick off the final round of the A-League season proper with an Anzac Day clash against Brisbane Roar this Thursday.

The game is set to kick off at 2 pm local time.

It'll be an emotional day for the hosts who will farewell two club greats after a disastrous season at Suncorp.

So with the Brisbane heat, emotions high, unusual kick-off time plsu with new Roar coach Robbie Fowler in attendance in the stands, it all points to a hugely tricky clash for Blackwood’s boys.

And the Reds desperately need a win to seal that all-important home final.

“Especially as it looks like we’ll be playing Wellington. So this game on Thursday is a must-win in Brisbane.

“The difference between going to Wellington and playing in front of our own fans is massive, because of the travel.

“The [home] fans give us that extra boost and we need that. A home final is massive.” 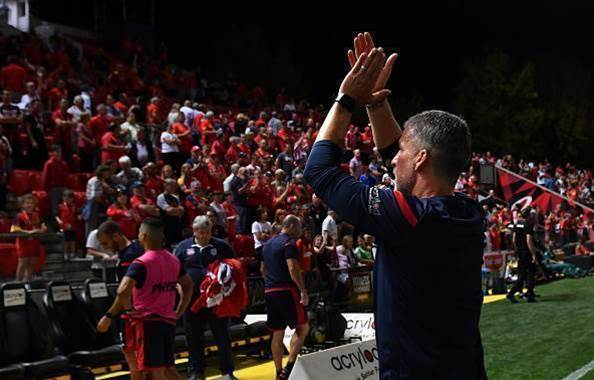 Blackwood scored the all-important winner last weekend for the Reds against Victory in Round 26.

It's may well prove a pivotal result for United who would be favourites in any home elimination final.

And with the unusual kick-off time, this is one of the trickiest games you could ask for.

“It is strange, actually,’” Blackwood admitted when asked about a 2 pm local kick-off time.

“It’ll be hot and it’ll be tough. But we just have to deal with it.

"There are no excuses," he declared.