A look at the Winners and Losers from the past month in sport.

A look at the Winners and Losers from the past month in sport ... 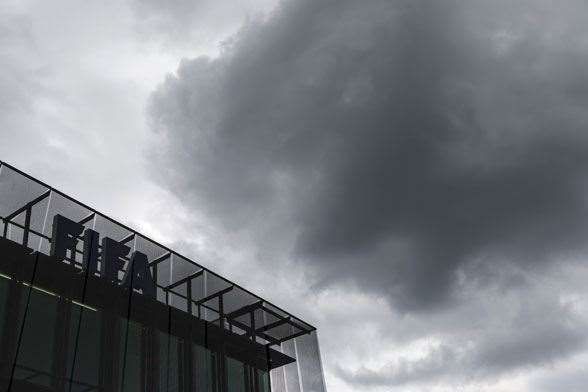 The unravelling of FIFA has a long way to play yet. Anyone who thought that president Sepp Blatter would simply step aside when the scale of corruption under his watch was revealed has been mightily wrong. In fact, it looks like it is going to require some kind of explosive force to unseat a scoundrel of his stature. Maybe his arrest? Stay tuned on that one ...

Staying tuned and keeping the blowtorch to FIFA’s belly is what is required in the corridors of football power now. Sadly, we are already seeing a quietening of the story in the media as the entrenched powers in that toxic organisation reassert themselves and news editors start to worry about scandal fatigue. It is the way of the modern world, but hopefully the US investigators have the stomach for a long fight and will keep the pressure on and the arrests coming.

From the get-go the calls for revolution have been depicted by Blatter defenders as some kind of movement of the miffed ... that the complaints have arisen from the likes of the USA, Britain and indeed Australia because we were losing bidders for the hosting rights for the 2018 and 2022 World Cups. As galling as it is, our bidding organisations have to wear that accusation on the chin fair and square, because in fact it DID look like we were prepared to dance with the devil when we were in there with a chance for 2022, before Qatar bankrolled its way into FIFA favour. Around $45 million of Australian taxpayers’ money was spent ... somewhere ... with at least several million dollars going to shady consultants who promised access and votes from FIFA’s inner circle. When whistleblowers and journalists raised questions about the propriety of these payments several years ago they were aggressively rebutted by FFA officials without much attention being paid to the substance of their allegations. We still don’t know where a lot of that cash went.

So where will the change come from in the football world when 133 out of the 209 member nations voted to maintain the status quo and keep Blatter in charge, in the face of the arrests of nine senior FIFA figures and numerous of their functionaries? When FIFA was revealed to be riddled with corruption from top to bottom?

It doesn’t seem likely to come from one federation – even France and Spain voted in favour of Blatter’s reinstatement, so not even a European boycott of the next World Cup in Russia looks likely.

It will come from sponsors (and the pressure placed on them) to withhold the cash that they pour into FIFA coffers. And it will come from individual nations like Australia who finally decide that they have principles to stick to even if it means that we are shunned on the world stage ... It remains to be seen what effect our vote against Blatter will have on our standing in the Asian Confederation, when all others voted for his re-election. But we have to stick to our guns here. If Australia has to step for a time outside the operation of a corrupt organisation like FIFA, and let those 133 countries play amongst themselves, let’s do it.

The Olympic movement has largely shown that it is possible to clean up a global sporting organisation and introduce a measure of transparency. It’s FIFA’s turn now.

Football’s weekly cycle is the lifeblood for many sporting fans, but there’s an unmistakable discontent about the way our leagues set out their seasons. Whether it’s the presence of too much dead time during the year (read: too many teams equals more bad matches or other undermining influences (yes, we’re referring to you, rep footy), it is curious to see the footy schedule going in for some radical rethinking. And in this regard, the AFL’s 17-5 proposal is a sign of strain. The proposal, which would have every team play each other before being seeded into three six-team pods – the top six play for finals position, the middle for the last two finals spots, the bottom for the top draft pick – is not a bad plan, and quite novel. But the liabilities it seeks to repair – schedule balance, tanking, meaningless games late in the year – have to be weighed against consequences that will be unintended and inevitable (as has been pointed out, doesn’t the top-six pod constitute a pre-finals?) If the discussion amounts to nothing, the proposal highlights the underlying lack of fairness in the AFL draw at present.

The exit of Mick Malthouse from Carlton, only a month after breaking the VFL/AFL record for games coached, is perhaps the ultimate sign that the sideline doyen is an utterly endangered species in modern sport. While it was unlikely that Malthouse was going to go out on a valedictory – his personality quirks would prevent that – the manner in which his three-decade-long stint as a senior coach came to an end was unseemly. That any modern coach will enjoy a similar tenure seems ridiculous, and it’s a shame that these established masterminds may vanish from our entirely-in-the-now footballs altogether. Best of tidings to Wayne Bennett, faring well early on his return with the Brisbane Broncos, who might be the last of the breed.

On a positive football note, there were some highly ambitious goals expressed in the FFA’s Whole of Football Plan, because that’s what such vision statements are for. And, if we are still members of FIFA, one item that looks like a tangible and ingenious possibility is the Women’s World Cup bid for the 2023 tournament. Among all the bubbly aspirations that the game formerly known as soccer has at the moment, the prospects of becoming the leading women’s sport in Australia represents a distinct advantage it has over its rival codes. Getting the top female players to contest their burgeoning championship would be great for the spectacle alone; as it serves as the focal point for attracting greater attention and support for the women’s game and the sport as a whole, it might also be the major event that actually lives up to the legacy impacts so often flaunted by the administrator types. About the only bad thing with this idea is Australia is back to dealing with FIFA and a World Cup, and we know how that works ... But let’s not confuse the game with the administrators at international level.

This year’s NBA Finals is a fillip to the hoops hotbed of Victoria. The state was responsible for producing both Andrew Bogut, a Melburnian, and Matthew Dellavedova, a country kid from Maryborough. Throw in Cavs star Kyrie Irving, an American born in Melbourne, and the Vics accounted for more players in the Finals than the traditional basketball mecca of New York. It’s another credit to the sport in this country, which despite the travails of its pro leagues – and a best-of-luck here to the newly-sold NBL – continues to mint world-class talent. And it’s only appropriate that they’ll get to return to Melbourne in August on duty for the national team, as the Boomers play New Zealand in Olympic qualifiers.

Cheaters, as the aphorism goes, never win. But it’s the perception of cheating that the sports-viewing public is really brutal on these days, and the specifics of the rule-breaking are less important. The saga of Tom Brady and the deflated footballs is a case study of this new-age indignation cycle. Is the inflation level of a football really that important? And doesn’t a four-week suspension for Brady seem excessive, basically the length of time off for a drug offence in the NFL? Doesn’t really matter, howl the haters, who seem intent on punishing a minor offense more severely because it was connected to a larger victory. A premiership team that violates the salary cap can have its title taken and the record book rewritten; if wooden-spoon Parramatta does it, well, the punishment doesn’t have to fit the crime so much. And somehow, this all happens while the level of diving, staging, flopping and play-acting keeps profitably increasing across so many sports. 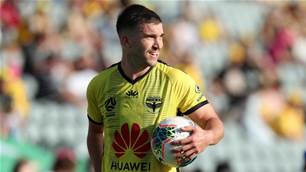