All of this week's remaining FFA Cup matches and three future A-League games have been postponed due to COVID-19. One Boxing Day match has been moved behind closed doors. In total nine clubs are affected.

The six games in question were postponed on Wednesday, December 22 by the FFA and the Australian Premier Leagues respectively with dates for rescheduling to be advised in the near future.

Six players from Melbourne City's A-League Men's squad have tested positive for COVID-19, prompting their FFA Cup game against Wellington Phoenix this Wednesday, December 22 and their A-League Men's match against Brisbane Roar on December 27 to be postponed.

The Melbourne City positive tests occurred on Tuesday, December 21 and were all to double-vaccinated players confirms the club.  Due to the potential exposure of Melbourne Victory players after their Melbourne Derby last weekend, their FFA Cup match against Gold Coast Knights has also been postponed.

The AAP confirms that all Melbourne Victory players and staff have tested negative since the derby but that the A-League did not want to take the risk of sending the side to Queensland and having them face Christmas in quarantine should a positive COVID-19 return arise.

Wellington Phoenix had travelled to Melbourne for their FFA match against City and will now return to their home base in Sydney.  The club has confirmed that no one from Phoenix has been in close or casual contact with City players and that all players and staff have tested negative.

The A-Leagues also released a statement about the current COVID-19 situation:

“The A-Leagues can confirm that six players from Melbourne City FC’s A-League Men’s football department have tested positive for COVID-19 and are currently in isolation and all report to be currently feeling well.

“The case involves double-vaccinated individuals who tested positive to a PCR test on 21 December enacted after their daily rapid tests earlier in the day.

“As a result of the number of cases, the A-Leagues have determined that Melbourne City’s scheduled round six away match against Brisbane Roar has been postponed.

“The club’s primary concern is for the health and safety of all players, staff and their families. All positive cases and those close to them are adhering to relevant state government health directives.

Football Australia has now also confirmed that the third FFA Quarter-Final of the week between Sydney FC and Brisbane Roar FC has also been postponed.  The FA stated that "a COVID matter unrelated to Brisbane Roar’s traveling delegation has led to complications with the team’s charter flight departing Queensland today. "

Perth Glory's Round 7 match against Sydney FC and Round 8 match against Macarthur on January 2nd and 5th have also been postponed. Sydney FC confirmed it was due to Glory's inability to train during their current quarantine arrangements.

The upcoming Round 6 game between Melbourne City's and Brisbane Roar next week has also been postponed, due to City's current COVID-19 situation.

Both Brisbane Roar postponements announced today make them the second consecutive A-League Men's match and third game overall to have been postponed for Roar.  Like Perth Glory, the Queensland team will have had an extensive break from matches from December 11, 2021 to January 2022.

Brisbane were due to meet Perth in Round 4 last weekend when Glory's Pacifique Niyongabire tested positive for COVID-19 forcing the entire side into quarantine.  Roar's next A-League Men's match is their Round 7 clash on January 2, 2022 away at Melbourne Victory.

The news also followed the announcement by Newcastle Jets that their Round 6 Boxing Day match against Western Sydney Wanderers will be moved behind-closed doors.   Moreover, while Jets previously had confirmed two cases of COVID-19 last week, a third was confirmed this week within the men's side by the Newcastle Herald.

Newcastle's recent revelations and the positive test at City bring the number of A-League Men's sides who have had a positive COVID-19 return to six alongside Sydney FC, Macarthur FC, Western United and Perth Glory who have all had at least one player test positive this month. 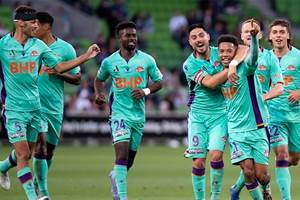 A-League's Perth get to go home for Christmas

Quarantined Perth Glory have been given the green light to return to Western Australia with the A-League team arriving in their home state just before Christmas. 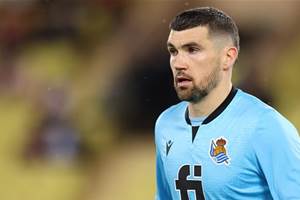