Winless in seven A-League Men's matches, Central Coast Mariners' clash with Brisbane Roar on Saturday is being viewed as a launching pad for the club's ailing campaign.

The Mariners suffered more late drama when Nestory Irankunda scored a 92nd-minute winner for Adelaide last weekend in a 2-1 loss at Coopers Stadium.

That defeat was the Mariners' third in a row and means they last tasted victory on December 18 against Western Sydney.

That run has left the Mariners second-last on the ladder, only ahead of the bottom-placed Roar on goal difference.

But Costa Rica international Marco Urena isn't panicking, firmly believing a positive result against the Roar could start a climb back into the finals contention in the back half of the campaign.

"We're playing really good football so far, we just have had no luck a little bit," Urena said.

"We're going to have a pay off.

"Actually tomorrow is a very important day for us. We have to win here at home to keep fighting for our goal, that is to be in the top six.

"It's a challenge for everyone ... it's a good moment to start tomorrow."

The Roar head to Gosford having not played since a 2-0 loss to Perth in Tasmania on February 20 after back-to-back games against Melbourne Victory were postponed due to south-east Queensland's severe weather.

In a boost for Warren Moon's team, captain Tom Aldred has been given the all-clear to make his first appearance of the season after recovering from a pre-season knee injury.

Recruits Ryo Wada and Connor Chapman are still not ready to feature while defender Kai Trewin is a doubt due to injury.

Brisbane will be buoyed by their strong record against the Mariners, having not lost to Central Coast in the past five matches between the teams and unbeaten in 11 in Gosford. 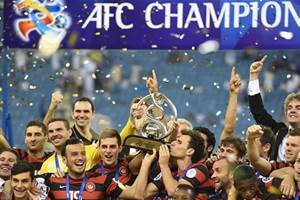 The rights for the next three years of AFC Champions League, AFC Cup and AFC Futsal Club Champions Finals have been awarded in Australia. 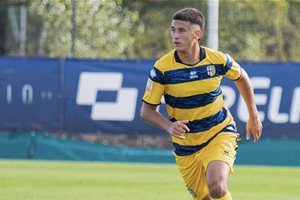