La Celeste's Cavani put them into the lead, getting on the end of a powerful cross from his strike partner Luis Suarez on seven minutes.

Cristiano Ronaldo couldn't find the spark for Das Quinas as Uruguay defended like packs of wolves, snuffing out any danger in groups of twos and threes, preventing Portugal from infiltrating the penalty area.

Portugal began the second half on top as Raphael Guerreiro put the ball on a plate for Pepe to head home the equaliser in the 52nd minute.

A swift reply followed as Cavani treated us all to his pure attacking instinct with a glorious finesse finish past Rui Patricio to sink the hearts of Portugal fans.

The 32-year-old passed Uruguay's first test by saving Ronaldo's shot in the sixth minute. He was in charge of the aerial bombardment, taking care of business from crosses.

A pass that opened up space for Cavani got the attacking move going which led to the opening goal. Brilliantly hassled Raphael Guerreiro, forcing him to turnover possession on numerous occasions.

Did an exceptional job at jockeying Ronaldo when he threatened to shoot countless times on the edge of the area, forcing him inside and backwards.

He shut out Portugal's threat through the centre with the help of his holding midfielders Rodrigo Bentancur and Lucas Torreira. While defending a short corner, Pepe was left free to head home the equaliser on 53 minutes.

Adequate defending although he struggled to keep the ball under his control. Most of his attacking work was done by Bentancur and Luis Suarez who occupied the left channels.

His set-piece delivery needed some work as Uruguay's threat from set-plays has been deadly so far this tournament. Great defending on the edge of the area.

Confident passing from Inter Milan midfielder who was composed while he shielded the advances of  Cristiano Ronaldo.

Superb one-two play with Martin Caceres down the right hand side, coupled with great defensive work. Didn't quite get into the goal scoring spaces in the final third but was always involved in the build up.

Defended extremely well as a compact unit with Laxalt and Vecino against the impending threat from Bernardo Silva and Ricardo Pereira.

A supreme cross onto the head of Cavani at the back post sent Uruguay in front, once again with their devastating combination. 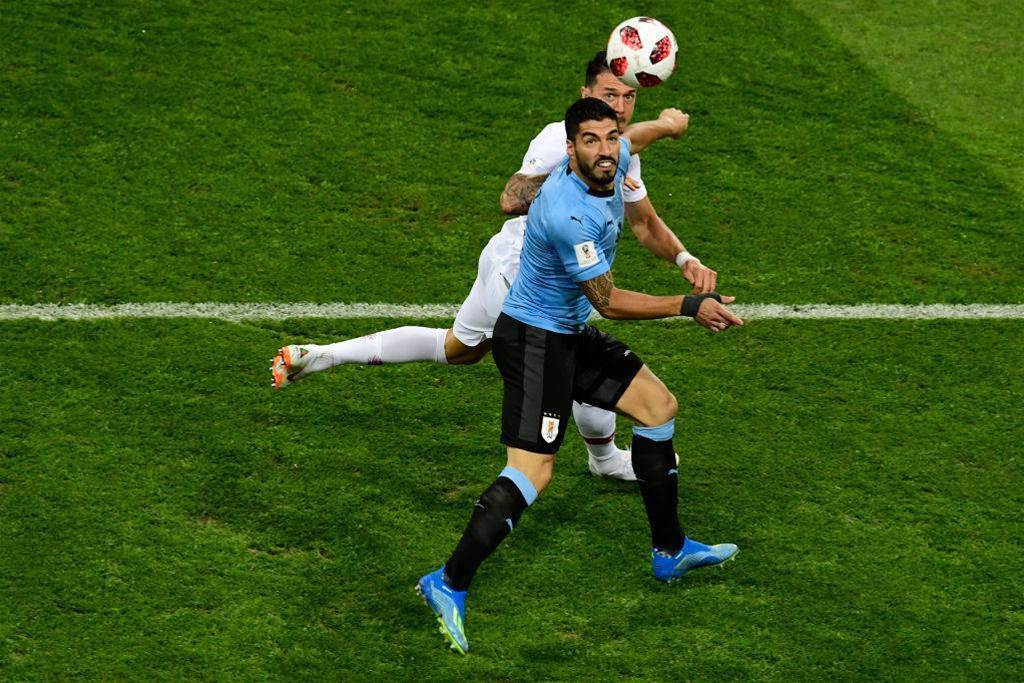 A brilliant cross-field ball to Suarez was rewarded with a great cross and an emphatic header that put Uruguay a goal up inside ten minutes. Produced a finishing masterclass for the second goal with a first-time shot which curled into the bottom right corner to put La Celste back on top.

Brought on for Bentancur on the hour mark.

Brought on for the injured Cavani and held up the play nicely by keeping possession.

Cavani's header beat him at the back post in the seventh minute. Got down low to deny Suarez from a free-kick which curled low around the wall. His positioning for Cavani's goal could have been a bit better but it was an exceptional hit.

Completely oblivious to the back post run of Uruguay's biggest threat, Cavani, in the penalty area. A brilliant cross found the head of Pepe who headed in the equaliser and became the first player to score against Uruguay in the tournament.

Jockeyed Suarez well when he took him on one-on-one. Had a few nervy moments handling Cavani in the air.

Attempted to quash the hold-up play threat from Suarez and Cavani by getting into their backs early as they receive the ball. A brilliant header brought the scores level from a short corner eight minutes into the second half. A header from Muslera's goal kick put Portugal in trouble and Cavani finished beautifully to put Uruguay back ahead.

Poor deliveries on the right couldn't break the match open for Portugal while he couldn't stop Suarez from cutting in and crossing to Cavani to open the scoring. A much better start to the second half with some better deliveries.

Lost the ball in the middle of the pitch due to Uruguay's immense pressure which almost led to Suarez adding a second inside 15 minutes.

Caught out of position as Caceras passed to Cavani, who had acres of space to move in the centre-right channel in a passage of play which led to the opening goal. His passing was quality but mostly sideways.

Began the match with composure, directing attacking play for Portugal on the left. However, he didn't have the strength or power to beat Caceres on the ball.

Always a threat but Uruguay's compact defending prevented him from finding any space to whip in crosses or supply passes to his forwards. Couldn't find the an empty net when Muslera went missing after chasing a loose ball.

Uruguay's crowded defending around the box made his job much harder He struggled to find touches on the ball and create any meaningful goalscoring chances.

An electric start from the man in form as the match was played at 100 miles an hour. However, Uruguay's well structured defence made it almost impossible for him to steal the show. 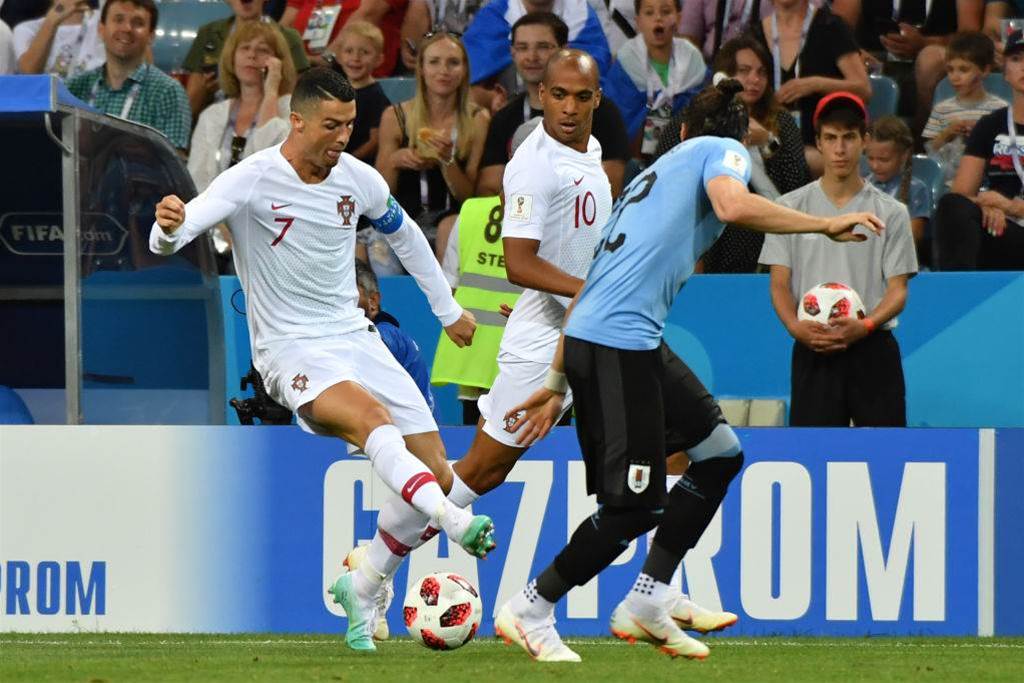 Brought on after Uruguay went in front for Silva.

Brought on for Guedes with 15 minutes left to play.