Despite the best efforts of the Saudi Arabian side (who were dismantled by Russia 5-0 on the opening day), they still fell to an error of their own doing, as replacement goalkeeper Mohamed Al-Owais failed to collect a cross, allowing Barcelona’s Luis Suarez to finish into an unguarded net.

While Uruguay named a relatively similar squad to the one which triumphed over Egypt, Saudi Arabia rung in the changes, most notably by dropping their top scorer during qualifying, Mohammed Al-Sahlawi.

Saudi Arabia began on the front foot, appearing more decisive with the ball than they were against Russia.

The Saudi defence was also considerably more comfortable in the match, with each of the four-man backline coming from Saudi Club side Al-Hilal.

Uruguay continued their impressive run of maintaining a clean sheet throughout all their matches in 2018, defending astutely against the energy of Saudi Arabia.

Imposed himself well as he collected Saudi Arabia's crossed efforts with ease.

Nearby throughout, as he was dispossessed due to his poor decision making numerous times, causing more problems for his side than necessary. Although, he was an effective outlet due to his pace and driving runs.

Battled throughout the match with Saudi Arabia’s makeshift striker, Fahad Al-Muwallad, never faltering in the face of the challenge presented.

Diligently defended and held up well against the tenacity of the opposition.

Had his work cut out due to the constant efforts of Saudi Arabia down his flank, but he stood up well enough. Arguably should have done better with his header off of a second-half free kick.

Made to work down the wing, an area where his lack of pace at times appeared to work against his side’s attacks. The diminutive midfielder found more positive moments as he drifted in to midfield, intensely pressurising the Saudi players to reclaim possession for his team.

Shaky at times with the ball but was impressive with his distribution. Replaced by Lucas Torreira.

Constantly involved in the build-up and looked to get on the ball to allow his team to move forward. Rarely took full control of the game though.

Several of Uruguay’s successful chances were conjured by the former Atletico Madrid man, as his runs in behind Al-Berik created trouble for the Saudis.

Provided some magical creativity at times and defended from the front relentlessly. 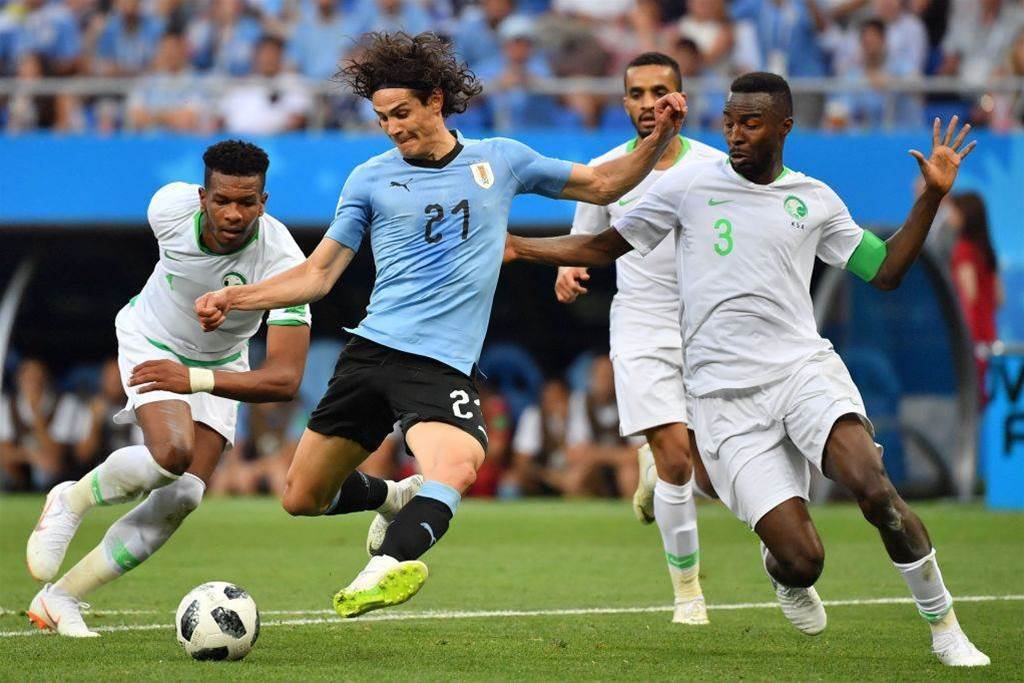 Looked significantly sharper from the offset in comparison to his side’s opening match and earned a goal due to some truly poor goalkeeping.

Immediately looked to get on the ball and work it into key areas for his side.

Given time to impress on the world stage after a fantastic season with Sampdoria in Serie A.

Not given enough time to impress.

Replaced Al-Maiouf after his torrid time in goal during the opening match and made a terrible error of judgement to hand Suarez the opener. May be investing in goalkeeping might be on the agenda over the next qualifying cycle.

As he experienced against Russia, several attacks by the opposition were worked from his side of the pitch as he left significant space open by not retreating in attack. Ultimately, failed to impose himself defensively.

Staunchly defended and displayed poise to clear balls into the box with precision to his midfielders. 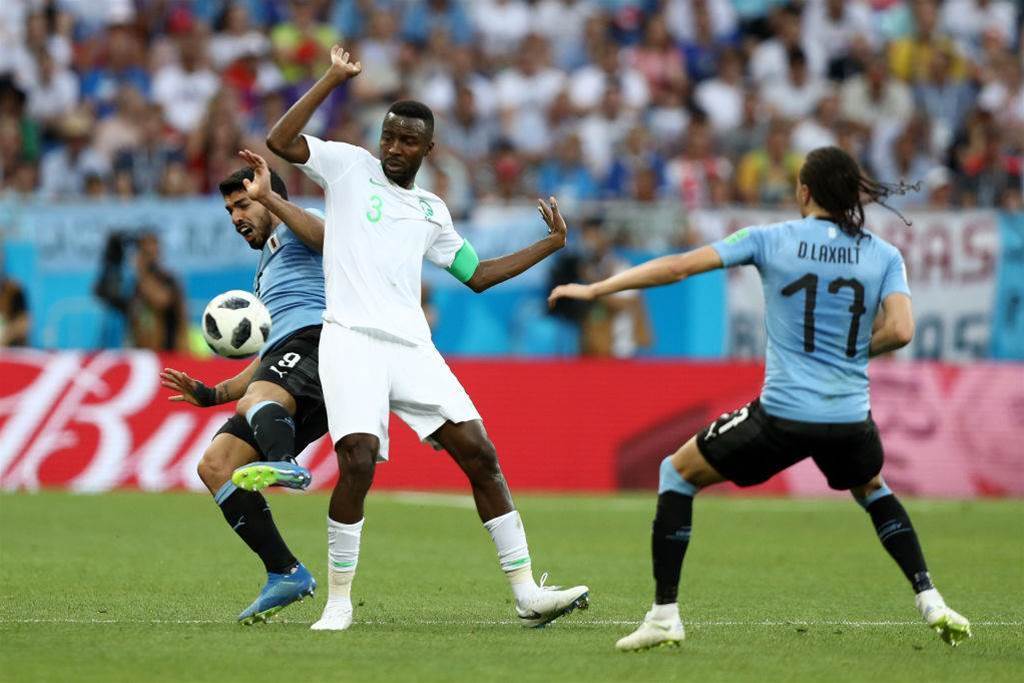 Stood up well to the efforts of Uruguay’s star forwards, developing a formidable defensive partnership alongside the Captain Hawsawi.

Forced back on numerous occasions by the pressure put on him. His pace and marauding movement through midfield could have served his side better.

Calm and composed on the ball while on the pitch, eventually forced off, unfortunately due to injury.

Recovered possession in integral moments for his side, preventing Uruguay from countering.

Threatening throughout due to his excellent footwork and desire to link up with Al-Muwallad.

Competed well and linked up positively with those around him.

Had a well-struck long-range effort saved by Muslera and should have done better with a chance a few minutes after. A worthwhile change put in place by Pizzi, as he offered a more direct approach to the creativity of Yahya Al-Shehri

Placed upfront and successfully caused problems for Uruguay through his intelligent running behind the defence.

Brought on at the end of the first half to replace Al-Jassim and helped keep Uruguay at bay.

Was lively and attempted to conjure some chances for his side in the final period.

The number ten would have been dismayed not to have started, but when he was presented his chance, he had little time to capitalise.