United sit last on the table and have lost a number of key players from their championship season including Kamau.

The Kenyan-born Australian was involved in scoring in the grand final and a winning goal against Melbourne Victory in the lead up to the finals. He has now furthered himself after starting 11 out of the 13 games he had played in.

While Tongyik did not make any senior appearances for the Reds, he featured in their youth set-up including the 5-2 NYL final last year. He now has five A-League games to his name after a number of players were rested from the club’s FFA Cup win in November. 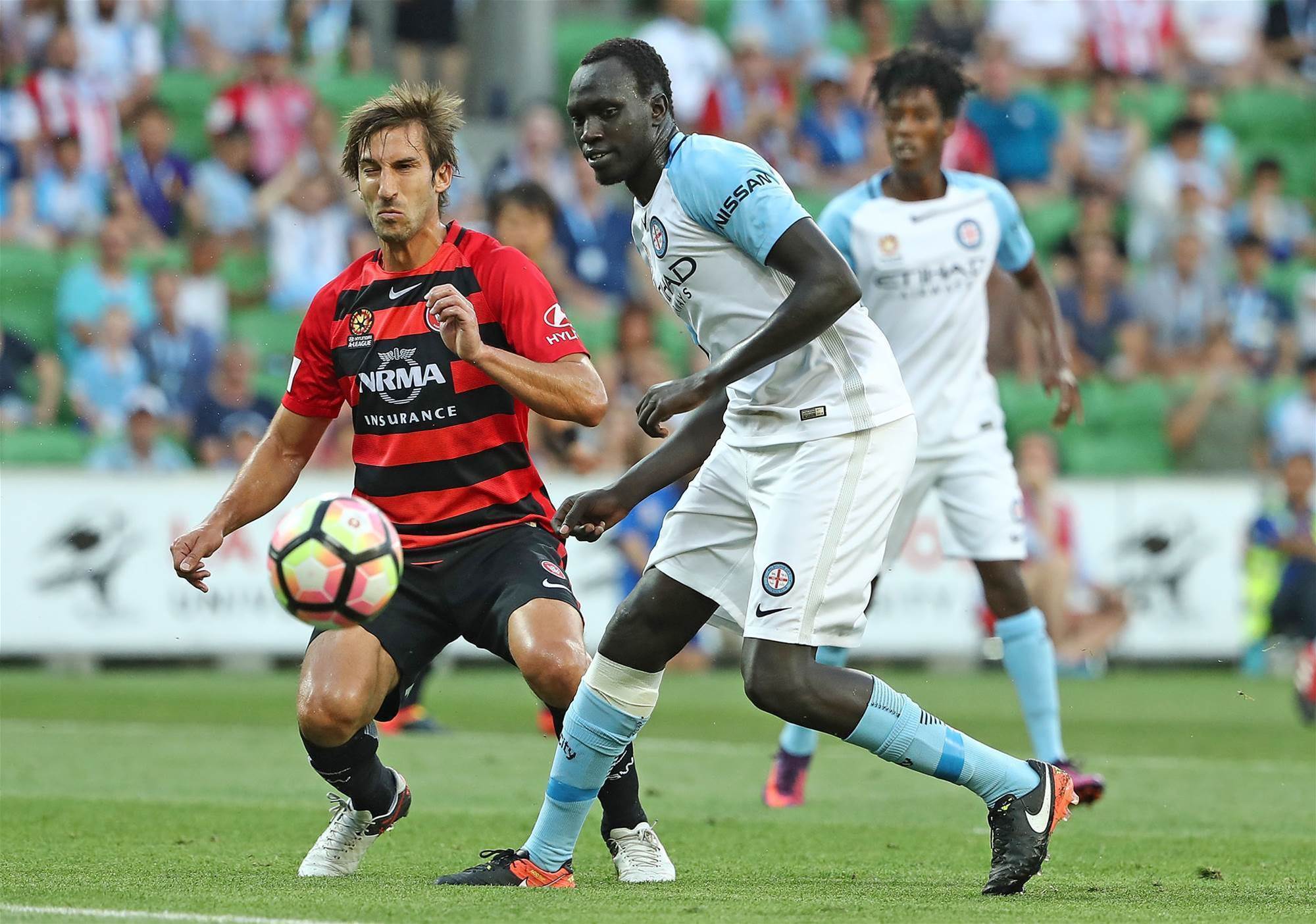 “Bruce is a cool customer, he’s very mature for his age. He’s a switched on boy, I don’t think… let’s say the Adelaide crowd was to go against him that he’d react in anyway,” Valkanis said.

“He’s just cool, he’ll play his game, he’s very focused and so is Ruon, if I could say ‘cool cats’. They’re like that in the environment, even when they came here as new players and mixing along with Bruno Fornaroli and Timmy Cahill.

“They’re very relaxed and fit in wonderfully well. As a player I think even if they were to get the negative reception, it gives you that boost anyway. “A lot of the supporters there probably loved Bruce, he scored a goal in the Grand Final and was part of the win.

“A lot of the supporters used to come out to the youth games used to love Ruon and love the way he played and I’m sure a lot of supporters would speak highly of him. They’re both good boys and knowing the Adelaide crowd they’ll be good.”

It will also be the return of Valkanis to Adelaide after spending 14 years as a player and assistant coach and was also an interim coach in 2013 after the resignation of John Kosmina.

He said he had a clean bill of health in the squad and was looking at former Red Osama Malik to replace suspended Neil Kilkenny.

The Melbourne-born coach admitted he found it difficult to envisage but was “calm and comfortable”.

“When I thought about it a couple of days ago that a year ago I would not in my life have thought I would be going back to coach against Adelaide United as the head coach,” he said.

“I spent a big portion of my playing career and coaching in Adelaide and lot of people actually think I’m an Adelaide boy because I’ve been there for so long. To be honest I loved every moment being there, as a player and coach.

“I was accepted that much there I virtually did become one of their boys, there’s no doubt, I have a lot of respect for the supporters there and the club but at the end of the day, that’s what you like about football and sport.”