Bert van Marwijk said he doesn't have time to try out new players heading into Russia, so expect a similar outfit in tonight's Czech Republic friendly.

The Dutch coach was pleased with the resources at FFA's disposal, saying despite the lack of time he's had to work with an entire squad, he couldn't complain.

"We have a very good training pitch, we can train very well. The only problem is, and I can't blame anybody, is that it took nine days before the whole team was complete.

"But nobody could change it, that's the way it is. The experience until now, I'm satisfied."

But in addition to the short period the Australian players have to absorb the Dutchman's insistence on the development of football intelligence, within a versatile methodology, multiple key Socceroos are battling fitness issues.

Tomi Juric and Mile Jedinak have both carried niggles of varying severity into the Antalya training camp, leaving doubts over their inclusions tonight.

Jedinak's replacement could be easier, with Jackson Irvine and Massimo Luongo ready-replacements for the 34-year-old skipper. However - without giving away any details - van Marwijk didn't sound promising about the possibility of including Jamie Maclaren.

"Only Juric came back out of an injury so (I) was unsure," van Marwijk said.

"That's why we invited Maclaren, but the last few days Juric trained, he didn't have problems. I don't know if he plays, but he's recovering fitness.

"Jedinak had a few little problems after his final game at Wembley. He came Monday late in the evening and didn't train on Tuesday but started training on Wednesday, so he's fit now.

"I already knew that it's a sports culture here. They are fit and they are physically strong. I'm happy that they also, with the former coach, tried to play football. The only thing I've told them is that they need discipline - they need this on and off the pitch."

Trent Sainsbury was keen to impress on the new boss that the Australians' experience playing - often short spells - across a variety of European and Asian playing styles meant they were naturally adept at implementing changes quickly.

"It's a new message from what we've been used to, but we're Aussies and we adapt to every situation very quickly," Sainsbury said.

"We have to I guess, playing overseas, so the new message has been absorbed very quickly."

Whether the Socceroos' physical strength and practice adopting a technical approach under Postecoglou will bode well for the Australians in Russia remains to be seen, but van Marwijk remains concerned about their versatility against differing opponents.

"You have to make your own decisions," he continued.

"It's good that you listen, but you must not do everything 100% as the coach asks because situations change. We've talked about this a lot of times.

"We try to learn to play, but we don't have to, dependent on the organisation of the opponent, play the same way. In the same organisation you can also have variations.

"When Mooy and Jedinak play in the same controlled position, you get another type of play. I don't have the time to change a lot. That's my choice, I don't want to have a lot of friendly games because I want to train and play in a certain way, and when you have a lot of games then you can let a lot of players play, but that's the decision I took. 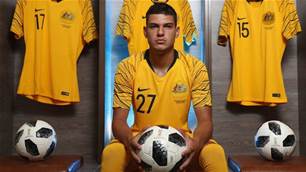 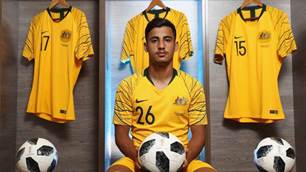 Arzani’s parents: “We owe something, I wish that Daniel will make Australia proud” 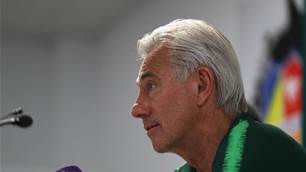 "Everybody must be very happy": Van Marwijk speaks out on Arzani, Maclaren inclusions