Melbourne City coach John van 't Schip is eager to see just where his team is at when it faces the Western Sydney Wanderers in the FFA Cup.

With fewer pre-season games under its belt than van 't Schip would like, the Dutchman believes the outing is a good opportunity to see where his side stands heading into the league campaign.

"It's a great opportunity to see where we are, which level we are before we go into the season," he told FourFourTwo.

"Of course, it's already a big game because of the importance of the FFA Cup, winning and going into the semi-final.

"Western Sydney is a good team, looking at the results and the recruitment, they had a good pre-season as well and look to have a strong team for the upcoming season.

While van 't Schip has been pleased the majority of his squad has come through pre-season unscathed, more games would have been his preference.

"We got through in a good way, a lot of players that started the pre-season in a healthy way are still healthy and fit as well," he said.

"Last year, we had a lot of problems in pre-season with injuries, but this year it's been really good. We have a lot of players to train with.

"If there's a thing that I would like to have better it's the amount of games that we have played. It's always better to have a lot of games.

"It's hard to get good games and a lot of games scheduled in because the NPL season is still going on and there's only limited teams in the A-League so that's the only thing that we would've done more – more games." 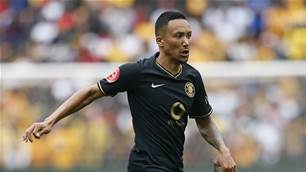