The Video Assistant Referee (VAR) system is set to make its debut in the A-League on Friday night when Melbourne City play Adelaide United at AAMI Park.

Australia’s domestic competition will be the first in the world to implement the VAR which was originally supposed to be introduced in this season’s finals.

In a season where A-League officiating has been heavily criticised by the football public, the new technology aims to help eliminate incorrect key match-changing decisions.

A-League referee Chris Beath said the VAR made him more confident on the field after practicing with the technology in the past six months.

“At the end of the day though, we are human, unfortunately mistakes are part of it just like players make mistakes and we work our backsides off to make sure they don’t happen,” Beath said.

“We know what we’re walking into as referees. I think in the early part of the season, there was significant pressure put on referees and the referees department in terms of the consistency of our decisions. Some of it was justified and some of it was probably a little bit unfair.

“It’s probably natural with the growth of the game and the increased coverage both from the broadcasters and social media that there’s more expectation on match officials.

“I think that much like every season, we work incredibly hard to make sure that we’re in the best positions to get the right decision.”

Beath will be in charge of Saturday night’s game involving Perth Glory and Brisbane Roar at nib Stadium.

In the past six-months, Beath along with other A-League referees, were involved in trial games with different teams of varying standards. 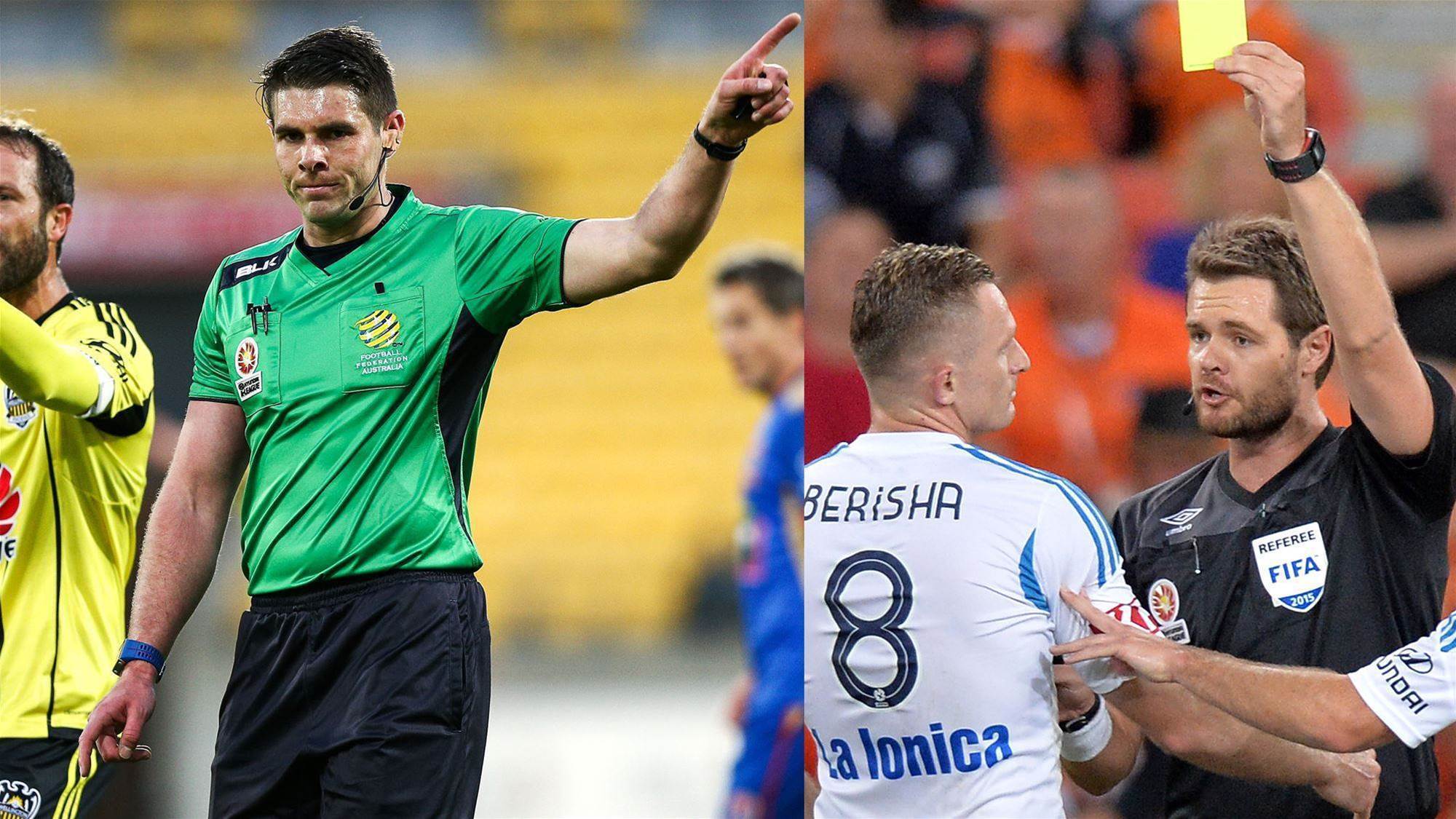 “The teams were maybe worded up to commit some fouls in the penalty area, to act with some violent conduct or something to give us opportunity to practice it,” he said.

“We’ve practiced a whole range of scenarios both inside and outside (the box) to make sure we’re absolutely switched come Friday.”

The use of the VAR system may be called on by the referee to provide assistance on four categories of match-changing decisions/incidents – 1. Goal/no goal decisions, 2. Penalty/no penalty decisions, 3. Direct red cards (not second yellow) and 4. Mistaken identity.

Referee Evans, 29, had at times been the whipping boy of A-League officials, copping flak on social media and at games.

He was happy with the new system in place, however, he felt the technology was more of a back-up.

He said he would officiate as he normally would.

“I think we all have to have thick skin as refs, we’re a rare breed,” Evans said.

“I don’t take things to heart. I stay off social media which is a big thing to me. I don’t want to be drawn into that sort of thing. I steer well clear of it and basically reflect on the game and the decisions you make, that’s what you can focus on and move on to next week.

“I’m more confident on the ground (with VAR), there’s a lot of pressure to get the correct decision. I guess, a little voice will come into your head on the ground to let you know if you’ve got something wrong rather than you dwell on it on the next three days. You can have someone there on the spot to fix the decision and get it correct.”

A-League/W-League chief Greg O’Rourke and FFA director of referees Ben Wilson were confident the VAR was able to replicate the job of goal-line technology which is currently implemented in the English Premier League (EPL).

Shaun Evans and Chris Beath give the VAR system a run. Making its debut on Friday - City v Adelaide. Stories up later on @FourFourTwoOz pic.twitter.com/lbE3dBo7El

They also understood the public would initially take time to understand but ultimately felt fans would be accepting of the new technology.

O’Rourke said the implementation cost would be worn by FFA and will not be bank-rolled by FIFA or IFAB.

The VAR will not be trialled for the upcoming World Cup Qualifier between Australia and Saudi Arabia in June at Adelaide Oval. O’Rourke said national teams weren’t prepared adding there wasn’t the same educational background regarding the technology.

He said he had no problem with Australia “leading the way” as the first country to implement the system.

“We put our hand up as part of the group of nine countries that wish to be part of this trial,” O’Rourke said.

“Our season timing allowed us to go somewhat earlier than the rest. I also feel the Australian market place is very use to video assistant technology with other codes.”