A 32nd minute goal from Ben Halloran was enough for Adelaide to halt the losing streak but Verbeek was also impressed by United's performance.

The home side dominated the first half and held strong after coming under fire in the second half as Victory searched for an equaliser.

After a scathing critique last week following their fourth straight loss, Verbeek was more complimentary after a much-needed win over a struggling Victory side who sacked coach Marco Kurz this week.

"It was very good from the team and we made a good goal and we had more opportunities," Verbeek said.

"Then you go into the second half and you know they will come because they are 1-0 behind and we had to defend and also that we did with a lot of energy.

"They (Victory) got more opportunity but still we have a good goalkeeper and he saved us sometimes.

"You know this is a team (Victory) who is quality and can every minute get a chance and you saw it in the last few seconds, it was a little bit stupid how we did it.

"But you see then, you get lucky again because the attitude is very lucky in this game."

Verbeek said the Reds can build some momentum on the back of the win but must rely on similar performances if they are to push for a finals berth.

The Dutchman said grit and determination is key to the Reds success.

"But when they belief is like this, and the intensity how they go into the game, until the end, then you have a good chance to win games.

"If not, then we have too less quality in the team to win. Sydney can play bad and win their games because they have a lot of quality in front - it's not that we don't have quality in front, but (we have) less and also a younger team." 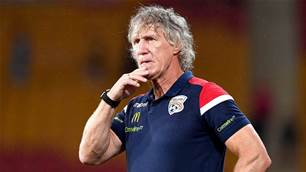