The in-form Phoenix have climbed to second equal on the A-League standings with a 2-0 win over out-of-sorts Western United in a sodden Wellington.

Western United's inaugural A-League campaign has descended to a new low following a comprehensive 2-0 loss to Wellington that sends the Phoenix soaring to a share of second place.

Liberato Cacace and David Ball scored the goals on Friday in a contest spoiled by wet, blustery conditions yet coach Ufuk Talay felt they played their best football of the season.

The outcome kept the two teams heading in opposite directions.

A fifth straight Phoenix home win lifts them level on points with second-placed Melbourne City while the visitors are still beached in seventh place and in danger of losing touch with the top six.

Mark Rudan's team have won once in their past eight games and they never looked like emerging from that slump against a home side who completely dominated the first half and did enough in a more even second spell.

Wellington rattled off 14 shots to two before halftime, setting the scene inside the first minute when Ulises Davila struck the inside of the upright with a curling shot.

Former Phoenix goalkeeper Filip Kurto was excellent for the visitors until the 29th minute when he should have done better to stop an angled volley from teenage fullback Cacace, who met Davila's cross first time to record his second goal of the season.

The visitors looked sharper when Max Burgess replaced Panagiotis Kone after the Greek forward suffered what looked to be a serious forearm injury.

They couldn't convert a handful of half chances in the second spell, meaning they haven't registered a goal in their last three games.

Salt was rubbed in when striker Ball pounced on a defensive blunder in the 90th minute, lobbing Kurto when through one-on-one.

"I think that's the best football we've played this season, in the first half," he said.

"I think we created a lot of opportunities and Filip kept them in the game with a lot of the great saves that he made.

"The boys are full of confidence with the way that we play.They're brave, they want to get on the ball, which is important to me."

His predecessor as Phoenix coach, Rudan, conceded his former team were playing on a different level early on and was thankful of Kurto's shot-blocking talents.

"He was sensational wasn't he? Kept us in the game, that goes without saying. It was the charge of the light brigade in that first half," Rudan said.

"(But) I'm pretty disappointed. We spoke about it (importance of the game) throughout the week off the back of a couple of not-the-best performances."

Eyebrows were raised before kickoff when midfielder Steven Lustica was named to start for Western United, just minutes after his signing was announced by the club.

The 28-year-old, a four-club A-League veteran, has plied his trade in Uzbekistan and Croatia in the two years since representing Western Sydney Wanderers. 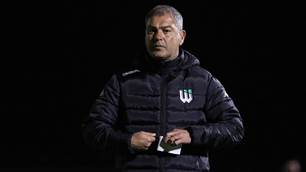 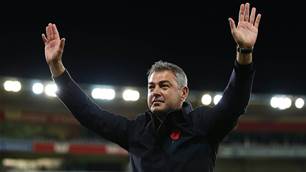 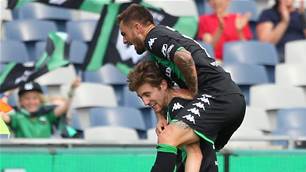