Melbourne Victory CEO Trent Jacobs is confident the club can arrest their negative slide in attendances following their worst crowd average in seven years during the 2017/18 season.

Despite going on to be crowned A-League champions, Victory averaged home crowds of only 17,631 during the 2017/18 campaign, almost 5,000 down on average from the previous season.

Last week Victory bolstered their playing stocks with the marquee signing of Japanese superstar Keisuke Honda which will aid their attempts to boost their figures.

The club have made it clear that Honda’s signing was primarily around his on-field ability but his profile will also be a marketing boost.

Victory are hosting two derbies this season and Jacobs was confident they’d be able to turn around the downward trend which was felt across the league last term.

“We had a rollercoaster type of season,” Jacobs told FourFourTwo. “We delivered the season a bit differently last season with all five of our Etihad Stadium games at the front end of the year, which we hadn’t done previously.

“Unfortunately we didn’t have one registered win at Etihad Stadium which had an impact on member attendances and daily sales by the time we reached the final Etihad Stadium game of the season.

“It’s fair to say we were also impacted by some inclement weather and extreme weather. We had three games for the first time I can remember that were heavily impacted by rain. From the polar extreme, we had a day down at Geelong that was 45 degrees. 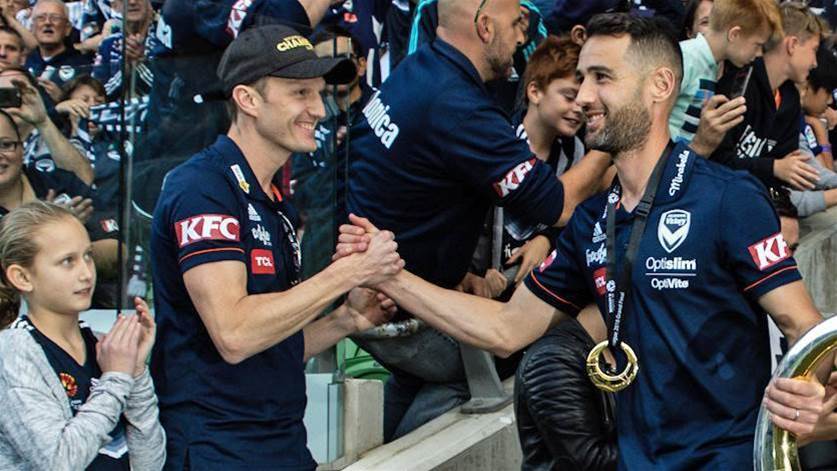 “We certainly had an indifferent year and some of that was out of our control, some was in our control.

“We had a rollercoaster year in terms of performances as well, so we probably weren’t as consistent as we have been in other Championship-winning years.

“They’re some of the reasons, not necessarily excuses, why our crowds may have been down.

“We understand that and it’s going to be a keen focus for us as we build towards the 2018/19 season.

“We recognise the authenticity and 90 minutes of the football that we deliver weekly is critical, we understand that our members and fans are looking for a broader experience as well.

“We’ll see some interesting themes and opportunities inside and outside the stadium next year that we’ll look to implement.

“We’ll retain a lot of our staples. We’ll have two home derbies in the 2018/19 year, we’ll retain our Australia Day clash against Sydney, we’ll look to invest in Remembrance Round.

“We recognise some of the challenges but first and foremost we want to deliver an incredible quality of football. From there, we’ll look to build an experience around that.”