Melbourne Victory’s huge travel schedule in recent weeks isn’t getting in the way of preparations for tonight’s massive Good Friday clash in Adelaide.

In fact, playing at a boutique stadium that's likely to be almost a sellout has Victory in high spirits ahead of such a big game.

Kevin Muscat’s men have racked up air miles in Australia and Asia heading into this game.

Over the last month they have traveled to and from Hiroshima in Japan (ACL), to Perth then onto Sydney (A-League), to Guangzhou (ACL), back to Melbourne for the A-League last Sunday and now to the SA capital to finish a short week.

But with last year’s memory of winning the grand final from outside the top two, Victory has a spring in their step tonight despite all the flying miles.

“It’s been a tough week, we were in Perth the week before, then to Sydney, then straight from Sydney to China.

“We got back late Thursday and had the game on Sunday [in Melbourne against the Mariners].

“And we played really well, we weren’t happy with the goal we conceded [against the Mariners in a 2-1 win] but it was something we can take into the game today," said club stalwart Leigh Broxham. 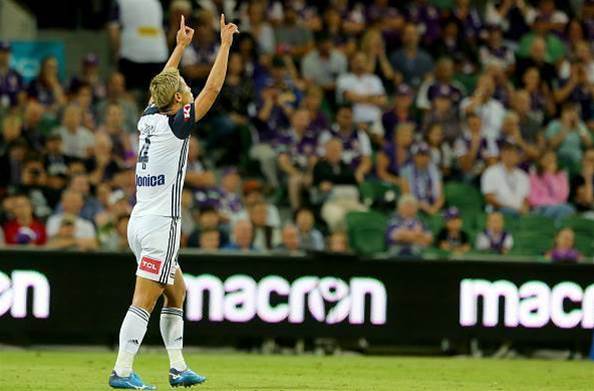 Broxham agreed that the Reds’ boutique Hindmarsh stadium is popular with players in the league.

And with a huge traveling contingent from Melbourne in the City of Churches for tonight’s A-League blockbuster game, it will be an enjoyable albeit difficult task tonight.

“We love playing here in an away game. Friday nights, boutique stadium and the fans who come up for the game get around us.

“We love the atmosphere [of these games] on the Friday nights.”

Phoenix and Melbourne City are just a point behind Adelaide who needs a home win to help hold onto a fourth-place finish, and therefore a home final.

Victory will need to win tonight and hope second-placed Sydney FC loses in the final round to have any chance of finishing in the coveted second place on the ladder and the week off from this year’s Finals Series next month.

“It does cross your mind briefly about what we did last year we were in a similar spot last year.

“There is the potential but we’re that busy this year.

"[But] the only focus is three points tonight.”