Melbourne Victory are angry and and confused as they brace for two weeks of self-isolation after a debilitating defeat in Wellington.

Star striker Ola Toivonen has hit out on social media at the scenario confronting his out-of-sorts team when they get home on Monday, insisting they had been "promised" a problem-free return to Melbourne by the Australian government before they departed.

Coach Carlos Salvachua was perplexed by what self-isolation meant and how his team would cope with it for 14 days heading into the final weeks of a mediocre season by their standards.

A 3-0 loss to the in-form Phoenix dropped the perennial powerhouses to second last on the standings with five rounds remaining.

It didn't help the mood of an angry Toivonen, the Swedish striker hinting on Twitter that Victory players were stunned to learn of the government's strict border measures and a midnight Sunday cut-off, announced soon before kick-off.

"Unique/bizarre situation here in NZ. Friday we were promised, by the Australian government, that there would be no ramifications returning to Australia on Monday. Looking at 14 days quarantine now," he wrote.

Victory released a statement late on Sunday, saying it would comply with the government protocols.

However, immediately after full-time, caretaker coach Salvachua was seeking guidance on what isolation would mean and how it would affect preparations for their next game, whenever it was played.

"It is too early to know what is going to happen. Anyone who knows what it means, explain to me please.

Salvachua wouldn't comment on suggestions the Wellington game should have been postponed, giving his team a chance to return home before the restrictions kicked in.

He did know his team's finals hopes were almost buried after being beaten heavily for the second time in a week, having leaked four goals at home to Sydney.

"We have this problem in the last weeks, or the year, we have not clear mind or anticipation to finish the action or stop the chances of the opponent." 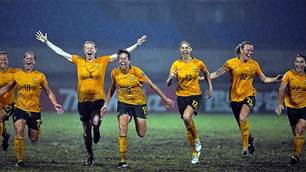