Melbourne Victory expect to test out plenty of young players in their busy end to the A-League season and are keen to take it up to Western United on Saturday.

Melbourne Victory interim coach Grant Brebner insists all the pressure is on Western United as he turns to youth for Saturday night's A-League clash at Bankwest Stadium.

Tenth-placed Victory's faint hopes of making the finals suffered a blow this week when Robbie Kruse was ruled out for the rest of the season with a knee injury.

But Brebner said Kruse's absence opened the door for some of Victory's talented youngsters to make their mark.

"While the door's still open to make finals, it's not something I'm talking about. We need to just look at this game," Brebner told reporters on Friday.

"The pressure's obviously next door (at Western) - they're the team that need to win, and keep winning.

"So we just want to do ourselves justice, we want to have people watch our games and say, 'yep, Melbourne Victory look like they're getting back on track again' - and that's what I'm stressing to the players.

"There's been no relegation, we don't have to worry about that. We just need to control what we can and hopefully that involves a really good performance."

Western are three points outside the top six with six games to play and with the likes of Alessandro Diamanti and Besart Berisha, pose a difficult test for Victory.

Brebner said he expected all of Victory's young guns to feature at some point in their final five games.

"If they think they're here to make up numbers then they've only got themselves to blame," Brebner said.

* Western United have won both of their previous two clashes with Victory, scoring three goals both times

* Victory have won just one of their past nine A-League games, drawing two and losing six

* United scored 11 goals across their past two A-League games, becoming only the second team in the competition's history to score five or more goals in back-to-back games 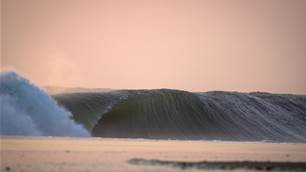