The Brazilian who tormented Melbourne Victory in the ACL for Guangzhou Evergrande has been dubbed Chinese football's Steph Curry.

Ahead of Tuesday night's ACL clash in Melbourne against Victory, Anderson Talisca was at it again with a 95th-minute winner over the weekend in the Chinese Super League.

The on-fire attacking midfielder gave his side a dramatic victory by scoring a brilliant stoppage-time free-kick to beat rivals Shandong Luneng 2-1 on Friday.

"Talisca is just like NBA star Stephen Curry. You know how he scores, but you can't stop it,” Li Xiaopeng, the coach of Shandong Luneng, reportedly said after the loss.

Talliska, 25 scored earlier in the game with a classy header against a Shandong Luneng side that also featured former EPL players Graziano Pelle and Marouane Fellaini.

The game looked to have been heading for a draw before Talisca popped up in the 95th minute to seal the victory for Guangzhou Evergrande who are now second behind leaders Beijing Guoan after six rounds of the CSL. 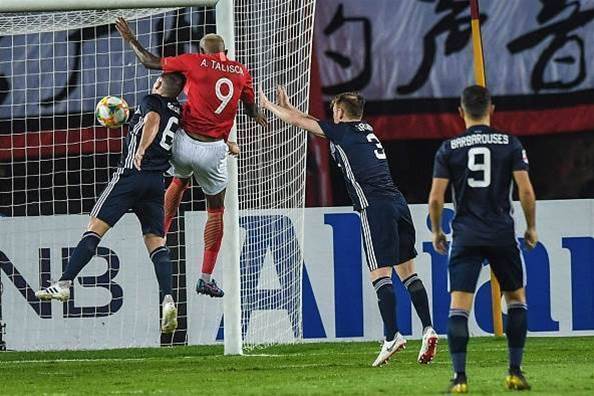 Victory will surely be hoping Talisca is given a rest for Tuesday's group clash at AAMI Park.

Talisca tormented a hapless Victory in China as Evergrande registered an easy 4-0 win earlier this month, with the Brazilian scoring twice to blow the A-League side away.

The teams meet tomorrow night at AAMI Park with Victory’s campaign all but over.

Victory has suffered three defeats in Group F while Guangzhou has won two of its three games in a group that also includes Sanfrecce Hiroshima and Daegu.