Mark Viduka is on a newly-formed 11-member panel charged with forming ideas about Australia's soccer future.

Mark Viduka is among four Socceroos captains appointed to a high-powered think tank charged with discussing the sport's future in Australia.

The panel has been appointed for voluntary two-year terms.

"Since joining FFA I have made it clear that we will be a football-first organisation that seeks to harness the collective knowledge and experience that our most successful contributors, be they current or former players, coaches, or officials, have to offer," Johnson said in a statement.

"We have had to act quickly to stabilise the organisation during this difficult period.

"In the background, however, we have been moving several pieces to ensure that we continue to do the work which will be vital to launching the future of football in Australia.

"The Starting XI will provide a great platform for 11 of our best football brains to share their insights and ideas with FFA on key matters from grassroots to international football, national teams, player pathways, and the overall wellbeing of the game."

"Having people of the calibre of the Starting XI directly communicating with FFA on a regular basis will be invaluable for the organisation," Johnson said.

"The diverse range of people with world-class football acumen on the panel will enable us to access a wide range of local and global views to help us drive football forward." 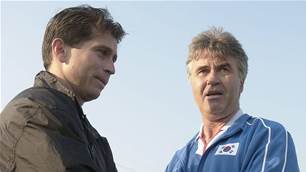