Viduka has opened up about the ups and downs of his famous football career for Australia and in the NSL, Croatia, Scotland and England, in a wide-ranging interview with ESPN.

The striker's final games for the Socceroos came at the country's ill-fated 2007 Asian Cup campaign, where he was captain and Graham Arnold was head coach.

Vikduka believes Neill, who went on to become the national team skipper, attempted to undermine him during the tournament and that is why he retired from representative football.

"I think some people came to that Asian Cup thinking more about themselves more than the national team," the ex-Leeds, Newcastle and Middlesbrough forward revealed in a new documentary on ESPN

"I think Lucas Neill came to that Asian Cup at that stage not in a good state of mind because of the fact that Graham Arnold had offered him the captaincy because he wasn't sure I was coming to the Asian Cup or not.

"Once I was at the Asian Cup, either [Arnold] wasn't brave enough to tell me that I wasn't captain any more, and I felt Lucas Neill was sulking the whole Asian Cup through the preparations for it and through the Asian Cup, and it affected other players.

"I think Lucas tried to undermine me. His priority was to be captain -- more because of his other activities off the pitch rather than on the pitch stuff. That's my opinion.

"That was the main reason I stopped playing for the national team."

Viduka says he has no regrets about walking away from the Socceroos.

"Do I regret stopping? No," he admitted.

"A lot of them were more interested in how many deals they were doing on the side, through sponsorship and getting their heads on the television, than actually playing for the national team."

The 44-year-old, now living in Croatia, has no harsh feelings towards Arnold, the current Socceroo boss.

"Hopefully he's learned a lot from the days of when he coached the national team at the Asian Cup, especially man management," he said. 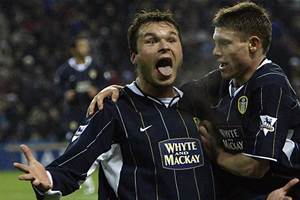 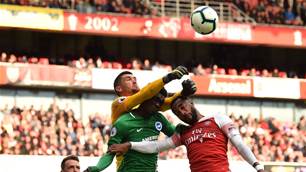