Aston Villa duo James Collins and Richard Dunne have been disciplined after being involved in a row with coaching staff during a team bonding session.

Villa manager Gerard Houllier confirmed the club have "reacted strongly" to the behaviour of Dunne and his central defensive partner Collins at a health spa in Leicestershire last week.

The pair have had to explain their actions at club disciplinary panels during the past 48 hours although Houllier was not directly involved.

Villa are also not confirming the exact nature of the punishment handed out to Dunne and Collins.

Houllier said: "There was no fracas, but Dunne and Collins have been disciplined and this is all I can say on the matter.

"The club has reacted strongly and quickly, and now we move on to what is most important for us, the game against Wolverhampton at the weekend.

"It was dealt with quickly and strongly by the club but also internally, but I am not going into details.

"I am not going to talk specifically about what happened in this incident. That's it."

Dunne and Collins were unable to join in with a paint-balling exercise because they were sidelined through shoulder and calf injuries, respectively.

Houllier said: "Those players were injured and that is why they didn't take part in the paint-balling and team bonding activity we had set up for the rest of the team.

"The rest of the team enjoyed the two days but after that I can say everyone in terms of commitment, energy, enjoyment, trained extremely well."

Houllier insisted the duo will still have a chance to play for Villa again when fit.

He said: "We all make mistakes. Sometimes you have to take into account the fact that you have to be aware of that and deal with that.

"Everyone has a chance to play for Aston Villa. I played Nathan Baker who is 19 and Robert Pires who is 37.

"When they are fit, they will be in contention." 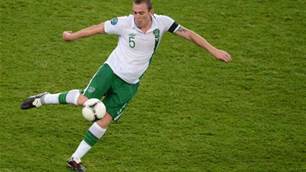 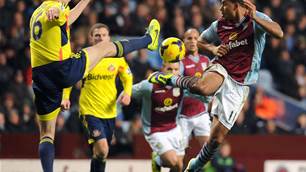 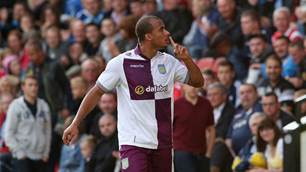