Villas-Boas reacted angrily to the suggestion by TV hosts ESPN that Didier Drogba held an impromptu team talk with the rest of the players in the tunnel shortly before the start of the second half.

After making a sarcastic comment, the Portugese said in his post-match press conference: "It is ridiculous to say that Didier gave a team talk. It didn’t happen. It makes no sense. I have nothing to say. I just gave an interview to ESPN. If I had known they were saying this I would have refused."

Nevertheless, Villas-Boas said he was aware that captain John Terry, who sat out the match, approached referee Martin Atkinson during the interval to complain about Birmingham goalkeeper Colin Doyle wasting time.

"We were worried about the time-wasting from the goalkeeper," he said. "I went to the dressing room to prepare my team talk. He (Terry) might have gone in (to see Atkinson)."

"It was because of the time wasting. At the end the referee only gave three minutes of added time, which was shocking."

It was another difficult afternoon for under-fire boss Villas-Boas, who conceded his side had not deserved to beat a dogged Birmingham outfit.

"The performance was not good enough," Villas-Boas said. "For sure, it wasn't. In the second half we were a bit better but we didn’t do enough to win the game."

"It will be a difficult game at St Andrews, for certain. Birmingham are undefeated in the league at home and I’m sure they will give us an even more difficult challenge."

The result heaps more pressure on Villas-Boas to keep his job, and Birmingham manager Chris Hughton sympathised with his colleague having been in a similar situation himself at Newcastle last season.

"The expectations are higher, Chelsea are expected to win the majority of their games and that comes with the territory."

"What you don't do is become manager of Chelsea, Arsenal, Tottenham, the two Manchester clubs etc, without being a quality manager."

"Villas-Boas has got the job because of his CV. It is a transitional period when he has come in and there have been some difficulties for him with that."

"But I'm quite sure that given time he will put his own stamp on the club and the team. I certainly feel he will turn their fortunes around." 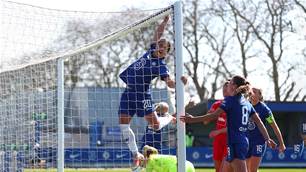