Thomas Deng has launched his support behind The Line's 'Never Follow' campaign, in the hope of encouraging men to avoid violent behaviour.

It's an issue that's close to Deng's heart, after a harrowing incident of domestic violence scarred his family.

So when The Line - a campaign aimed at assisting men to deal with their anger and avoid violent or sexually abusive behaviour - contacted Melbourne Victory searching for an ambassador, he was quick to volunteer.

"The Line contacted the club a few months ago saying they were looking for someone," Deng said.

"As soon as I heard about it, I thought it was a good initiative because of what they do, trying to mentor younger kids to do the right things and stop using violence.

"My aunty suffered from domestic violence, it was something that touched my heart."

In his role as ambassador, the Socceroo and Victory defender spreads The Line's message, that following destructive or offensive behaviour isn't the way to be a man.

"The 'Never Follow' campaign is basically my main message," he continued.

"My job is to put it out there, there is more than one way to be a man, everyone has their own path and journey. It's important to be true to yourself.

"Don't worry about what other people think about you, that's the main thing."

In addition to a plethora of public speeches and education programs, The Line's website provides a treasure trove of information for young men battling issues relating to sexual relationships or masculinity, which Deng says made for emotional reading.

"Once I sat down and read more about them, I read really good stuff," he said.

"I was intrigued immediately, with what my aunty went through, it's something that touched my heart and I wanted to be a part of it.

"There's a massive stereotype around masculinity, it's always that men have to hide their feelings, or they can't cry, but I think it's important to express yourself and show your vulnerability and emotions.

"It's better out then in, it's a lot healthier. Keeping your feelings inside can lead to a lot of problems, men need to talk to each other a lot more and be comfortable with each other."

Deng's campaign hits a hot-button issue in Australian society, with one woman killed per week by their partner across Australia and one-in-three Australian women set to experience domestic violence.

Deng believes it's an issue of searching for respect in the wrong ways.

"To earn respect from a woman, you don't need to beat her up," he said. "You have to show up, instead of using violence to try to force her to respect you.

"Violence isn't the answer. If you have friends or people that allow that - it's time to get new friends. It's not the right way and can be very dangerous." 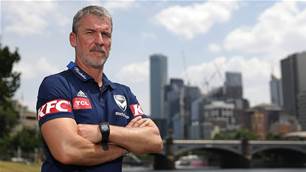 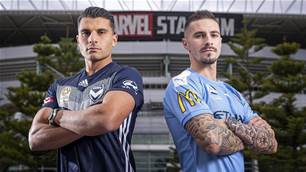