Western Sydney Wanderers' AFC Champions League (ACL) campaign has gone from bad to worse after a 5-1 matchday two hammering away to Shanghai SIPG on Tuesday night.

Wanderers were on the receiving end of a Hulk masterclass as the Brazilian striker netted the opener and created three assists on a forgettable night for the former ACL champions.

André Villas-Boas’ side found themselves 4-1 up inside a frenetic opening half hour, with a Mitch Nichols strike the one bright spot for the Red and Black.

Shanghai continued to dominate the contest but only managed to add one more goal midway through the second stanza, while several penalty shouts were waved away by the referee.

The result leaves Tony Popovic’s side on the bottom of Group F and they'll be desperate to take something from their travels when they next face K-League side FC Seoul in a fortnight’s time.

The home side opened up the Wanderers down the left flank allowing Zhang Wei to put in a cross from the byline, with Hulk climbing highest to meet it and head home from point blank range.

Hulk turned provider following some swift ball movement in the attacking third, threading a pass for his compatriot, who drilled it past an outstretched Jerrad Tyson.

Defender Scott Neville cut a pass back to Nichols at the top of the box, who was able to pick his spot as he hit it past Shaghai keeper Yan Junling.

Tyson fumbled a thumping free-kick from Hulk with Shi Ke quickest to react, latching onto the loose ball and thumping it into the roof of the net.

The ball was crossed to Hulk at the back post with his mishit shot falling to the feet of Elkeson who was able to dispatch it past Tyson from close range.

A chip over the top played the Chinese winger in behind the Wanderers backline and he was able to thread the ball through the legs of Tyson and into the back of the net. 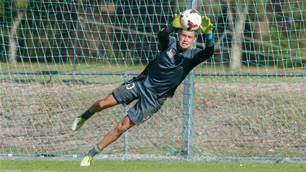 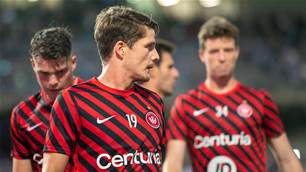 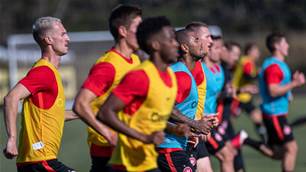