Western Sydney Wanderers have secured a 2-0 derby win over Sydney FC in their A-League Men encounter at CommBank Stadium.

In the week he was handed the Western Sydney Wanderers head coach role on a full-time basis, Mark Rudan breathed life into their A-League Men season with a 2-0 defeat of Sydney FC.

In a clinical display on Saturday night against the club he served with distinction as a player, Rudan's Wanderers were first to everything.

Tomer Hemed's first-half penalty before a boisterous crowd at CommBank Stadium gave them the lead before a second-half Keanu Baccus header helped secure the victory.

A perfect start to the second half for @wswanderersfc.

Keanu Baccus doubles the Wanderers' lead and celebrates with the RBB 💥

Even if their two goals came by way of set-pieces, Rudan's side were deserved winners as they outplayed Sydney from start to finish and condemned their rivals to a third straight loss.

"I understand just how important this fixture is to our fans," Rudan said.

"They cheered and sang all night, they're very important to us and the players and I am most happy for them.

"You get rewarded for hard work and endeavour and it's games like tonight that are worth it. I thought we were totally in control with and without the ball."

The Wanderers got the breakthrough when the lively Ramy Najjarine earned a penalty in the 37th minute when he was taken down by a lazy trip from James Donachie.

Najjarine draws the foul, Hemed slots the pen.@wswanderersfc go 1âƒ£-0âƒ£ up heading into the break.

Catch the second half LIVE on @Channel10AU 📺

Hemed made no mistake from the spot as he blasted the ball straight down the middle for his fourth of the season as Sydney No.1 Andrew Redmayne dived to his left.

The visitors lost Elvis Kamsoba to a potential medial ligament injury towards the end of the first half and their woes were compounded even further when Baccus netted after the break.

The Wanderers midfielder slipped the attention of Donachie at a Dimi Petratos corner and headed past Redmayne.

Neither could fashion an opening and as has been the case for much of this season their end product has been lacking.

The frustration could be felt among the Sky Blues fans with a number of bottles thrown in Adama Traore's direction as he defended his own penalty box, although thankfully none connected.

The result condemned Sydney to their fifth straight game without a win and leaves coach Steve Corica searching for answers.

"We don't want bottles thrown onto the pitch," Corica said.

"The ball just wasn't falling for us tonight. It was a little bit side to side. I think when Luciano came on it changed a little bit.

"We're all to blame for this, we take responsibility as a group." 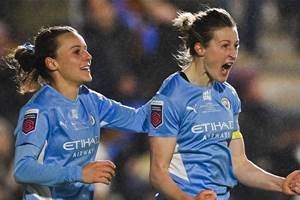 A Manchester City side containing Alanna Kennedy and Hayley Raso launched a superb second half comeback, scoring three goals in 21 minutes to defeat Chelsea in the Conti Cup Final at Plough Lane in front of a record crowd for the competition of 8,424. 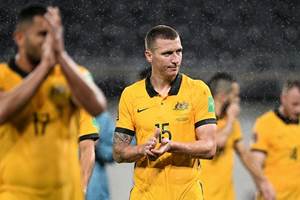