The club farewells Academy graduates Kosta Grozos, who joined the Wanderers Academy in its first intake in 2015, and Mohamed Al-Taay, who joined in its second year, in 2016.

Grozos played 11 times for the club’s first team and will be remembered for captaining the Y-League squad to a championship in the 2017/18 season.

Nicolai Muller and Patrick Ziegler both depart the club after two and three seasons respectively with the Red & Black.

Muller played 37 times for the club scoring seven goals, while Ziegler leaves at the end of his three year spell with the club, playing 37 games.

Scott McDonald departs following the completion of his short-term agreement, having joined the Wanderers in April.

The club is still in contact with a number of players coming off contract, including Wanderers Player of the Season Bruce Kamau, with talks continuing before any further announcements can be made.

Western Sydney Wanderers Football Club would like to thank all departing players for their effort and professionalism during their time with the club.

Former Socceroo Zeljko Kalac has slammed former club Xanthi FC over their sacking of Tony Popovic and himself.

Adelaide United A-League star Javi Lopez has spoken at length about how different the A-League is from La Liga, while admitting leaving Espanyol was the most difficult decision of his life.

Graham Arnold has ruled out the Socceroos' biggest star from the Olyroos' Tokyo 2021 Olympic Games squad and outlined other aspects of his selection process. 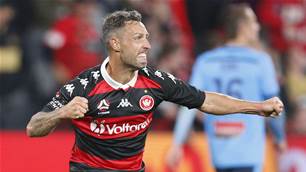 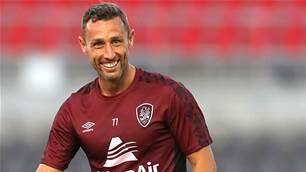